What is reddit's opinion of Highway Hustle?
From 3.5 billion comments
created by @mouseofleaves 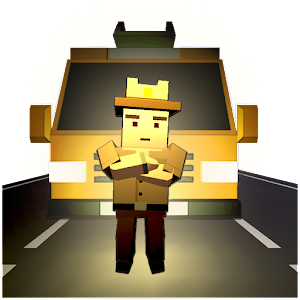 This app was mentioned in 2 comments, with an average of 6.00 upvotes

I made a game where you watch cartoon characters cross a highway, and you have to bet on whether they make it across or get hit.

Here's an ~~pretty~~ ever so slightly graphic gif of a character NOT making it: (potentially NSFW)

I released my first casual game on Android a few months ago, and got nearly zero downloads (something about not doing any marketing).

Anyways, time has come to tell people about it:

The game is called "Highway Hustle", and is not quite like anything you've ever played before, or so I hope.

Fun animated characters take turns at attempting to cross a busy six lane highway. Not all of them make it to the other side... Can you guess which ones?

Available for FREE on the Play Store.

Be advised, the app contains lots of cartoon gore and violence.

Anyways, that's all, would love to get your feedback/suggestions!