What is reddit's opinion of MapsOn: Offline Map?
From 3.5 billion comments
created by @mouseofleaves 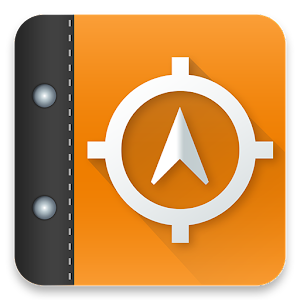 This app was mentioned in 4 comments, with an average of 2.00 upvotes

You don't need data connection to use GPS, offline maps or even offline directions.

For complete offline maps, just download any app that allows you to do so (Used this on 4 trips). For offline directions you can download the area in google maps once in town, using your hotel wifi or any other free hotspot.

The only thing that won't work offline is traffic display.

If you do get a pocket wifi, they are pretty reliable because the directions is generated once you start your trip (most likely in a city, so guaranteed signal) and won't change unless you decide to move away from the path, at which point it needs to recalculate, so even in areas not covered by mobile signal (very rare in Japan anyway) you shouldn't even notice.

I've been using MapsOn (formerly Maps (-)) for that same purpose for six years now and I love it.

On it, I use Open Street Map for maps and Nokia Ovi for satellite.

> I use google maps as navigation while driving so i'm familiar with that, but haven't used it much while walking. Is there anything i should note?

Yes, look at the street signs and don't get run over. Don't fall into the train tracks, don't bump into people ... because, you know, you are walking.

> Is there a way to download the maps now so i don't have to use much data while traveling?

> Is there a way to mark spots i want to see on the map from my itinerary?

Find it on the map (click) and mark "save", the place will be starred as long it is "saved". OR just make a map

> As far as google translate, i know its not accurate but i want to mostly use it for reading menus and signs.

Everything that you need to know is in english too. If they offer you a menu in Japanese, most places have an english version if you ask for it. If not, stay out of google translate for food. Seriously. It is more hilarious than accurate.

> as i'm not familiar with kanji and katakana.

You don't need to know one.

> Any other apps I should try also?

JR Passes calculator. The 7-day pass would work for you. Most others don't.

> Also, does the 7 days of the JR Rail Pass activate as soon as you buy the exchange order or from the first day you use it?

It is highly suggested you read about the pass you buy, it activates on the date you ask to activate it when you exchange the voucher for the pass in Japan.

> Any tips for navigating Japan on New Years Eve and New Years Day?

Don't expect commerce to be open on both, plan ahead for any purchases.

> any last minute tips or recommendations you'd give us?

Get an off-line maps on your phone so you can check where you are with GPS even without signal. Like this