What is reddit's opinion of PSViewer for Google Cardboard?
From 3.5 billion comments 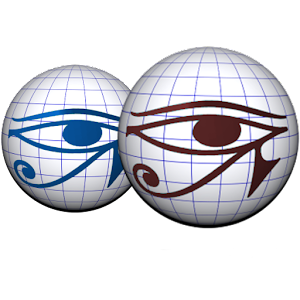 This app was mentioned in 13 comments, with an average of 1.46 upvotes

Have also just come across a viewer app that does what I want too. It's called "PSViewer for Google Cardboard"

You can load your photosheres into a gallery and then progress by clicking the screen, tilting your head, using a remote. Great for showing other people a bunch of photos. From the documentation, it also handles 3D photospheres as well.

Another PTGui user here. I haven't really used any other stitching software before so I have nothing to compare it to. That said, I find it easy enough to use I've haven't looked at the alternative software yet. Been using it since 2011, too.

If you don't already have a wide angle lens, I'd suggest you look in to one. Makes things a lot simpler for you. Also consider getting a panoramic tripod head. It removes a lot of the parallax errors from the image, giving a cleaner stitch. I personally use a Nodal Ninja MK3, but there are other options out there, including DIY options if you're handy.

Here is a gallery of a few photospheres I've taken. They should load up in Google Photos on your phone or Chrome on a computer.

Edit: I also recommend PSViewer for viewing photospheres on an Android phone with cardboard. You can view them with the Cardboard Demo app, but it's slow as hell, and there's no menu to choose which photo you view. You just have to cycle through each photo, and it takes forever to load the next one. Then people who aren't familiar with the cardboard unit will accidently press the trigger to advance to the next photo. It's annoying as hell, frankly.

You could also use this online tool to join two images together and make them viewable inside the Cardboard Camera app : [link]

Just keep in mind that Cardboard Camera supports aspect ratio of about: 8000 x 1600, so it cuts out part of the vertical view.

[link] from memory I recall Google Maps Views holds quite a few underwater shipwreck panorama cardboard photos! The whole site is about user submitted 360 cardboard panoramic photos...give that a go :)

Once done with shipwrecks, you could take the class to a different place around the world each week :P

Edit: one more thing, I recommend using an app like this PSViewer to watch all downloaded panoramic photos, makes life allot easier. You'll otherwise be stuck with invalid xml file data formatting if you wanted to watch them through the official cardboard app... [link]

It is easy to do if you know how to use Blender. You need version 2.78 or later. Here's a quick example I did. You can use PSViewer for Android to view it. It is the best Photosphere viewer because it supports Stereoscopic (3D). Download both Left and Right image for each eye and rename them something like MyPicture_L.jpg and MyPicture_R.jpg before loading them into PSViewer.

You can load it in any app like this one, but I didn't ever use this one so I really don't know exactly how.

Take a look at the info in this app [link]

Can you post a link to those stereo panorama renderings ?

I managed to get it working with this: [link] thanks go to AlvaroB :)

I feel the same. Give PSviewer a try maybe.