What is reddit's opinion of Skeletons vs 3D Audio VR?
From 3.5 billion comments
created by @mouseofleaves 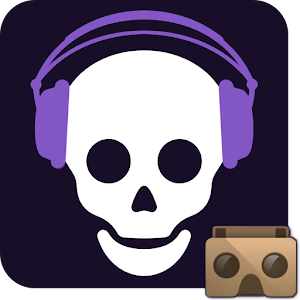 This app was mentioned in 1 comments, with an average of 3.00 upvotes

This is a very interesting article about spatial audio for VR (not Cardboard specific), which is or at least will become an important subject for VR developers. A large part of the article consists of a comparison of several 3D audio plugins for Unity, which may be a little too much if you haven't looked into this subject before. The author provides a free Android VR app that demonstrates the different plugins. If you have never heard about spatial audio, you might want to start with the now famous virtual barber shop video that demonstrates how effectively audio can transport the location of different objects [04:41min, you have to use headphones for it to work].

One important extra information for Cardboard developers is that last Thursday Google announced that they bought Thrive Audio, a spatial audio solution from a team at the School of Engineering in Trinity College Dublin. This particular solution isn't covered in the comparison, but will provide similar features, most likely in combination with a future Cardboard SDK or Android VR. As spatial audio will become a valuable default option for Cardboard sooner or later, I recommend that those interested in developing VR apps take a look at the article.