What is reddit's opinion of Train Timetable Italy?
From 3.5 billion comments
created by @mouseofleaves 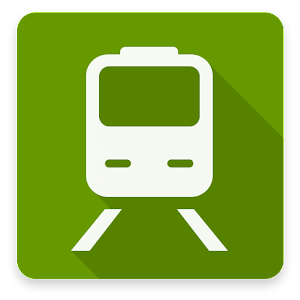 This app was mentioned in 18 comments, with an average of 4.33 upvotes

A tip for your train travels: this (independently developed) android app rocks. Much better than the shitty Trenitalia official time tables.

AFIK they can't sell tickets for italian trains, I've been in contact with the team in the past and they promised to update me as soon as they got the ability, never heard back.

if you are on android I recomend this: [link]

almost all train tickets here can be paperless, you will get an email with a PDF and a code named "PNR": you can either show the "qrcode" in the PDF or the PNR number to prove you have a valid ticket.

almost all train except "regionala" and "regionale veloce" have mandatory seat reservation so a coach numeber and seat number will be assigned to you when you buy the ticket and stated on the PDF.

If you have an android device this app is a godsend.

I don't know about the Pompeii ruins, but just about two days ago I heard back from some reddit user to whom a month ago I somewhat explained how to navigate Italian stations, and they were able to safely return back home :)

Besides, every main station have signage in both Italian and English (sorry for the tiny image), and announcements are made in English too (at least the most important ones).

Finally, if you have an Android phone, try to download this app. If I'm not wrong, the interface should switch to English if your phone is set to any language other than Italian, and it's a real trove of information about timetables, connections, prices, etc.

There are three train types. You need to make a reservation for the Intercity and Freccia trains, while the Regionali don't need any reservation. You can read how to do it here: [link] You can book up to three months in advance for the trains.

This page says that Intercity, Eurostar Italia (Freccia ...) and Regionali trains are all included in the Interrail Italia Ticket, so I don't think you have to pay something in advance.

The advantage in taking a fast train instead of a normal regionale train is that the trip is much faster (Rome - Florence 1:30 instead of 3:30, Rome-Milan 3h instead of 9h) thanks to the speed of the train but also because the fast train do not stop in almost every station like the Regionali do...

Intercity and Freccia trains also have one electric plug for each seat and wi-fi (not sure the wifi is available on every train).

I also suggest you this app for the train timetables, it's just better made and you can still make reservation/see where are the trains in real time: [link]

Absolutely. Paolo Conte one of us.

Milan is extremely expensive, especially so if you're a tourist doing tourist things. Since you're trying not spend an arm and a leg, I think it would make sense to be based in Torino and make a day trip to Milan.

If you want to get info about trains timetables, I can recommend this app. It's unofficial and much better than the official ones.

If I were you I'd look for a hotel/apartment near Porta Susa railway station in Torino. It's a relatively quiet area, and being close to the station allows you to have daily trips.

Consider visiting smaller cities, like Asti (half an hour train ride form Torino) and Alessandria (after Asti, half an hour further away) too.

For trains, if you have internet a great android app is Trains Timetable Italy