What is reddit's opinion of VR Campfire?
From 3.5 billion comments
created by @mouseofleaves 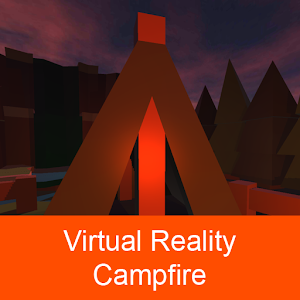 This app was mentioned in 2 comments, with an average of 1.00 upvotes

Wow, this is a pretty cool oppurtunity! I will definitely show you what I have so far.

I've worked on 3 projects that involve level design. A personal 2D game that I created by myself, I did everything in terms of design, implementation, and level creation. The only thing I didn't do was the art. This applies to all 3 projects, with this last team project having me as head level design.

I'd rather not show levels from my personal game since I plan on releasing it and I'm not ready to show anything yet.

The second project is a Google Cardboard app for Android. It's a small campfire scene with 360 scenic views in mind. The interesting thing about VR is that you can see anything from any angle, so where ever the player can walk has to look good all around. This one wasn't too bad since the camera only stands in one position, but it was my first time using Unity. So this was the first time I experimented with 3D.

Here is a link to the app on Google Play: [link]

If you don't have a Android phone, I will take some screenshots for you. You don't need a Google Cardboard to open the app, but it would be nice for you to view. Wear headphones also!

This current project is still in progress, but we've concluded that the first level is in it's final form, so I will post some screenshots.

Some things to note:

This game is an FPS. This was my first time working on a team in Unity. This is the first project that wasn't a personal project, I did this for school so a class of students would see this.

We wanted to have a low poly style, so the flat textures you see now are what the final level should look like. I had <em>ClusterTruck</em> in mind.

Another thing I kept in mind is that I wanted the setting to fit the assets. So some games that inspired me were Assassin's Creed for the village, Civ V for the little oasis, and Ratchet and Clank for those gems you see lying around. No Man's Sky also played a big role on inspiring those gems. Actually, when I sent my team images of what I meant by glowing gems, I sent them some shots of the desert from Ratchet and Clank: Going Commando, and some of the red Plutonium rock from NMS.

I also wanted to have some screenshot worthy views. I set up the level to have views where the player could say, "wow, this looks nice" and then take a screenshot. I'm guilty of setting a few of these screenshots as my wallpaper on my personal PC.

So with those in mind, here's an album of images of our first level: [link]

EDIT: I also forgot to mention that I wanted to have a little environmental story told through prop placement. Pay attention to the little raft and the desert. There are many ways this could be taken, but I do have one little story in mind. This was inspired by YouTube user Thenthapple who likes to find stories in Bethesda Studio games through prop placement.

Kenney, I love you man. I released a VR app with your assets! If you have a Google Cardboard and Android, check it out!