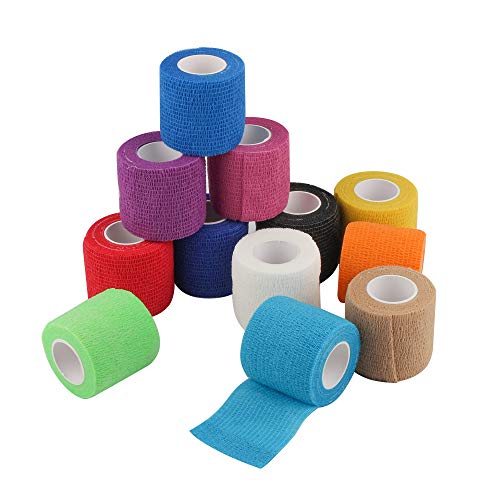 Personally, I don't consider my knife to be part of my first aid kit since I use it for so much more. I carry a couple alcohol or antiseptic wipes in case it (or anything else) needs to be sanitized.

Tylenol is acetaminophen, so you don't need to carry both. I'll second the suggestions for Benadryl/antihistamines.

I always carry a few 4x4s and a small roll of gauze- more blood than that and I'll sacrifice a piece of clothing to stop the bleeding.

And then one more thing I include is an elastic (ACE) bandage or self-adhering compression wrap. I've considered leaving this behind since you can technically improvise it in a pinch, but it's really so useful. Good for sprains, keeping pressure on wounds to stop bleeding, and securing splints. As someone who recently broke an arm on a backpacking trip, a little 2&quot; roll of the stuff made it bearable to get back to the trailhead (I improvised the splint from driftwood and some clothing for padding). Since that incident, I'm never leaving it out of my FAK.

I would keep the kit separate from the water bottle to prevent it from getting snagged or getting in the way when you want to take a drink. I keep mine in the brain of my pack or in the front pocket- somewhere easily accessible so I can get it quickly or easily direct someone to it (if I'm the injured one and can't get it myself).