What is reddit's opinion of 1998 Mercedes-Benz E320?
From 3.5 billion comments
As an Amazon Associate I earn from qualifying purchases. The following content includes affiliate links for which I may make a small commission at no extra cost to you should you make a purchase. 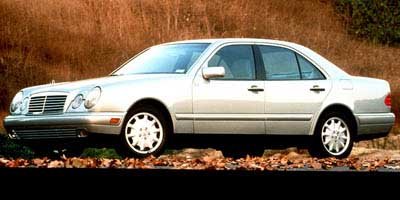 This product was mentioned in 1 comments, with an average of 2.00 upvotes

The rear looks boxy and front looks like a late 90s e class. No wrap around lights. Its NOT a caddy deville because of something called the "prestige gap"-- the gap from the front wheel to the end of the fender/start of the front door. Its much larger than a fwd based car (caddy) and RWD or RWD based cars have this much larger gap. Look up a prestige gap. It's a 90s benz. Very likely an e class but could be late 90s s. I just dont see an s class tho, it's too small.

EDIT: Notice the rims. They look like they're solid. Very very few cars have rim that are so fulk they look solid from a blurry pic. It's likely this car [link]