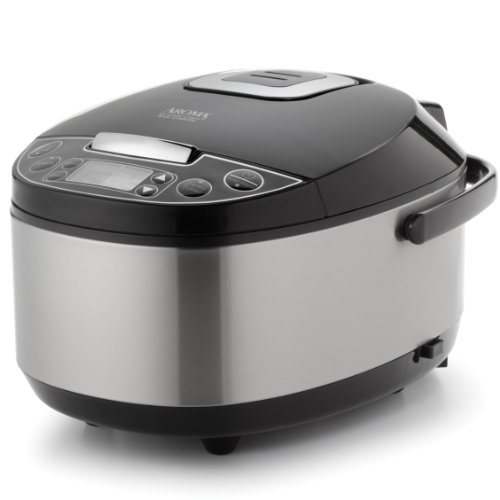 This product was mentioned in 3 comments, with an average of 5.33 upvotes

I buy broths, fresh veggies, spices and meats and make stews and soups. You can also do that with a slow cooker or crock pot if you dont want to spend the money on the rice cooker.

Also I have an electric skillet. I fry up burgers, pork chops etc occasionally. Not too often because that often leaves truck smelling like cooked meat for 3 days afterwards.

I fry up a couple pounds of bacon at home and put them in ziploc then the fridge. Then I buy half a dozen eggs and get a small 1 or 2 cup Tupperware container. Scramble a couple eggs and salt/pepper and maybe a slice of provolone. Nuke it for a couple minutes with a slice or 2 of bacon. Makes tasty quick breakfast.

Jerkey is a bit cheaper in Walmarts compared to truckstops. Also, pepperoni and cheese cubes make an awesome snack when you don't have time to cook.