What is reddit's opinion of Opinel Carbon Blade No8 Folding Knife?
From 3.5 billion comments
created by @mouseofleaves 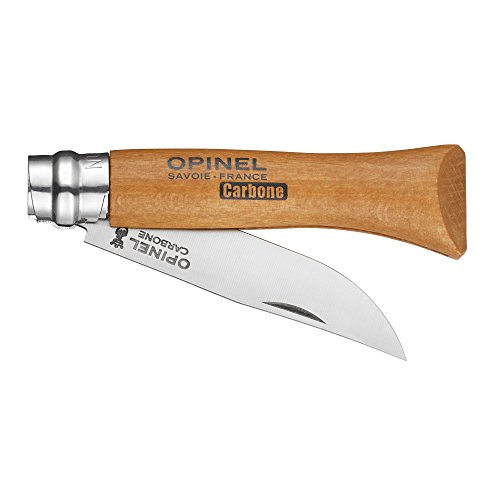 This product was mentioned in 10 comments, with an average of 1.00 upvotes

I don't know much about any of those. They seem to be more or less in the same league.

I'm still gonna push this. I can't tell you how much I love mine. It stays unrealistically sharp through more abuse than it deserves.

Agreed, I've had some nice knives over the years (and still do), but these days I carry an opinel #8. It's light, it takes a hell of an edge, and it's super cheap. Only downside compared to some other knives is not being super easy to open one handed.

Huh. I didn't really know. I don't live in NYC, but spend about 5-6 weeks a year there on average.

I'm usually carrying an Opinel. Definitely can't open one handed - sometimes I can barely open it with two hands and have to use my teeth.

Opinel makes a very nice, high quality folding knife that is non-threatening in appearance and about $10. They've been making them for well over a century and your gramps probably uses one to cut an apple while leaning on a fence under the shade of a large tree.

It's a carbon blade, so wipe it down after using it, and occasionally rub it down with oil (I use coconut oil). They make stainless steel variants that won't rust and don't need to be oiled, but the carbon is higher quality steel.