What is reddit's opinion of MartinLogan Dynamo 300 Home Theater and Stereo Subwoofer [Discontinued by Manufacturer]?
From 3.5 billion comments
created by @mouseofleaves 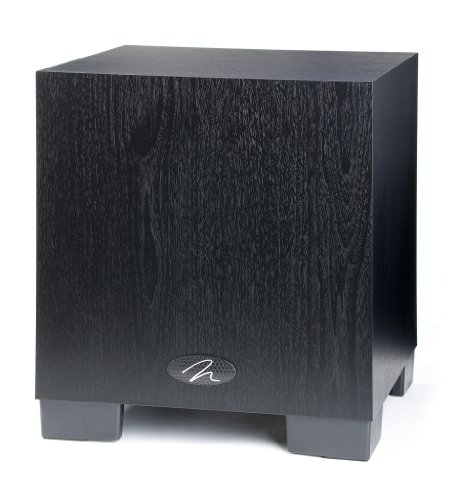 This product was mentioned in 32 comments, with an average of 0.91 upvotes

I would aim for a smaller sub. Normally the Dayton 8" comes up but with your extra budget and the "finesse" of the A2's to try and complement you may be better off with this Martin Logan sub.

If you're serious about your system you should invest some time in learning how to do it yourself. I'm not saying you shouldn't hire a professional or anything if that's what you want, but there's a joy and pride in building your system by yourself. You asking these questions here is the first step!

I recently built a nice 2.1 system for myself and did custom paracord sleeving for all the wiring. While I could have just gone online and ordered pre-made custom cables or hired someone to do all the thinking and work for me, the satisfaction I get listening to my system now is overwhelming. That system is mine in a way that I can't really describe.

My advice is to just keep reading up and learning about home theatre setups.

As for advice on what equipment to buy, my only recommendation is to keep in mind that really good subs can be had for really good prices [link]

it depends on the sub... some have both line-level and speaker -level input jacks, some have one or the other. In any case your choice of main speakers and amp shouldn't be affected. For example this model has both, you can see by looking at the 2nd image of the rear panel, on the image gallery: [link]

The Frequency Response starts at 63Hz on those. You probably do want something on the lower end.

The Sony STRDH750 is a 7.2 system. So it should have 2 dedicated outputs for a subwoofer. If you are in an apartment you could try something with less power.

I was thinking about this: [link]

Others suggested something that goes lower and play it with less volume and I will probably do that.

Thanks for the tips. Wife doesn't want towers and really neither do I. She was asking for some in wall speakers but I think some bookshelfs will be ok. It is a new construction two story condo so we will have people below us. I say new construction because they do seem to have some decent sound control measures for each floor so hopefully I can play something at a nice volume.

So about $580 for an equivalent on ebay and he is selling for $350. Pretty decent I think.

What do you recommend for a sub? Do you think I should stick with DT? I was leaning towards the Bic F12. $200 for Bic F12 is probably all I want to spend because I don't need anything wall shaking because of neighbors. I have a thread here asking about this Martin Logan [link] but I was advised to go for a 12" and just keep the volume down.

I've got the same speakers as what you're looking at. You're probably really going to want to get a sub. The MB42's have a little low end, but it's very apparent that a woofer is needed, especially when listening to music. I put my system together piece by piece, and I really wasn't happy with it until I got my sub.

I got this bad boy and it sounds great with those speakers: [link]

It has an independent volume control on it, so you could turn the bass down as to not annoy the neighbors, but still fill in the low end that the MB42s aren't pumping.

As long as the room isn't huge the Dynamo 300 is on sale and will hook right up to your system.

I should add that i'll be using this setup in a 18x12x10 living room and an 8" sub just didn't work out. I bought and returned a Martin Logan dynamo 300 because at low volumes the sub made no difference to the other side of the room

Thank you for the recommendations, greatly appreciated. Question - is there a reason why you wouldn't go with a ML sub such as this one? Is the $580 price tag for the VTF going to be that much better vs. the ML for $150?