What is Reddit's opinion of Aeotec NanoMote Quad, Z-Wave Plus S2 Enabled Zwave Remote Scene Controller, 8 Scenes, Rechargeable, MiniMote 2?
From 3.5 billion Reddit comments
As an Amazon Associate I earn from qualifying purchases. The following content includes affiliate links for which I may make a small commission at no extra cost to you should you make a purchase. 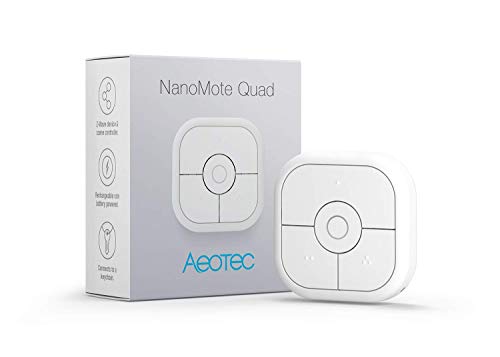 Remote just for lights or for general purpose? I have the Lutron and use the Pico with HomeAssistant for other than lights automations. Was an early wink user but gave it up when it became unreliable. Already has Lutron stuff installed. The Lutron controller cost more than the wink but has been rock solid and much more responsive.

This is cheaper than replacing for Lutron but don’t know if it’s supported with Wink: Aeotec ZWA003-A NanoMote Quad [link]

Ask and you shall receive. It’s ZWave and is baller. Recharges via micro USB but it does last a good long time between them. [link]