What is reddit's opinion of Azorian: The Raising of the K-129?
From 3.5 billion comments
Created by @mouseofleaves.
As an Amazon Associate I earn from qualifying purchases. 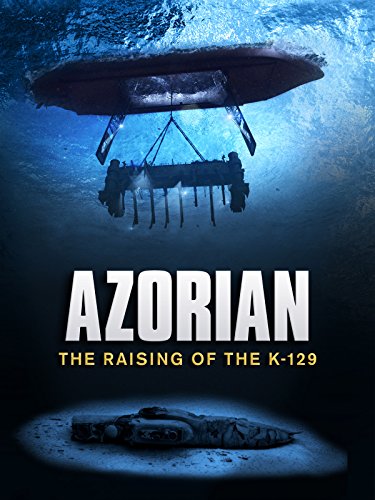 This product was mentioned in 3 comments, with an average of 108.00 upvotes

For those of you with Amazon Prime, check out Azorian: The Raising of the K-129. Stumbled across it by chance a few months ago, it's a pretty good documentary.

> In 1968 the Soviet ballistic missile submarine K-129 sank in the Central North Pacific. American intelligence located it within weeks of its demise. The CIA crafted a secret program to raise the submarine in 1974. Now after much secrecy, this story can be told, by the men who made it happen and with never-before-seen footage of the actual salvage attempt, and new evidence of the project's successes and failures.

No worries, i think i know what you mean, and you are right that cold welding is a risk, so you need very high quality components for the bearings to last in vacuum, like low pressure housing (just enough to keep the lubricant from evaporating). Obviously you need Project Azorian/Jennifer level lateral stress components for a station of any size, and know those were some heavy mothers. https://www.amazon.com/Azorian-Raising-K-129-Michael-White/dp/B008QTU7QY/ref=tmm_aiv_swatch_0?_encoding=UTF8&amp;qid=&amp;sr=