What is Reddit's opinion of Beans72 Organic Buckwheat Pillow - Queen Size (20 inches x 30 inches)?
From 3.5 billion Reddit comments
The following content includes affiliate links for which I may make a small commission at no extra cost to you should you make a purchase. 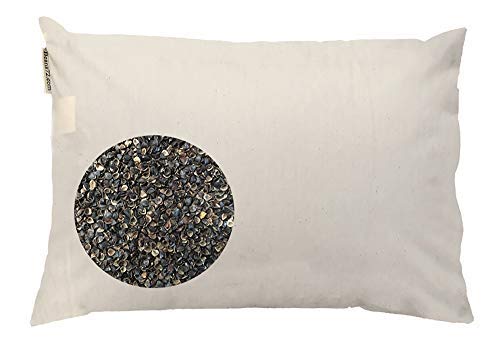 Raising my hand for this problem, as well. Here's what solved my shoulder issues during side-sleeping - buckwheat pillows.

This is what I picked up off Amazon. You can get smaller sizes that are cheaper but I found this to be just right.

Now, these things are heavy. Mine is about 10 or 12 pounds, but it's filled with these small buckwheat shells that help to form a firm groove and offers support throughout the night. There is a slight adjustment period of figuring out how much the pillow should be filled, and how to make it support the right way, but once you find the spot, it's amazing. I no longer have my shoulder slipping or bunching up under my neck. The pillow fills that gap and keeps things in place.

These are not soft pillows, you won't be sleeping on a cloud, but it will be comfortable after a few nights. And because of the filler material, your neck and head and shoulder will stay there all night. The only reason I ever change positions now has little to do with my shoulder and more with lower back pain because of my mattress.

I've had mine for 3 years, and I can't imagine what would go wrong with it. Its like a bean bag basically.

> I'm assuming you will suggest a cervical pillow?

Actually, no. I had a client say a buckwheat pillow had changed their life (and more relevantly, their chronic neck pain) and I tried it when I was having neck pain, and I think it's great. There's a guy from Japan who makes and sells them in Texas and on Amazon here, and this is the one I always recommend to people.

I should point out ahead of time that it says something along the lines of "Empty some buckwheat from the pillow into a bag before use to store it and use it later once the pillow has been smushed for a while" (the guy sends it absolutely stuffed with buckwheat so it lasts longer, which I think is nice) and I did not do that and woke up with some of the worst neck pain I've ever had, but once I took about a gallon-sized Ziploc bag of buckwheat out of it I have not had a single night of neck pain since. It is not the quietest pillow and I did get an anti-dust pillowcase so it wouldn't aggravate my allergies (it comes in 2 layers of cotton, though), but I find it very comfortable.

The optimal sleeping situation for pretty much every occasion is with your head aligned directly between your shoulders and with your neck in a straight line continuing down your spine, with no bending in any direction or rotation to either side. This is "neutral" (it would be as if you had a string pulling up at the top of your head while you're standing, only rotated 90 degrees so you're lying down). It's also pretty hard to achieve while sleeping with a pillow, so aim for as close as you can get (back sleeping tends to be best for people because there's minimal rotation or lateral bend, and face-down sleeping the worst because your neck is cranked at a severe rotation in order for you to breathe). If you're a side-sleeper, try to make it so that when your shoulders are stacked vertically, your neck is parallel to the mattress and not bent up or with your head hanging down.

I hope that helps!

Edit: I am not affiliated with Japanese/Texan pillow guy or Ziploc, I just happen to use both of their products and would recommend them for this situation. Other products may work just as well, but I wouldn't know because these are what I've tried. 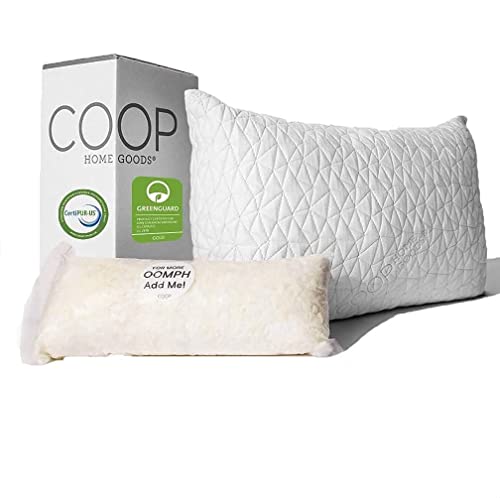 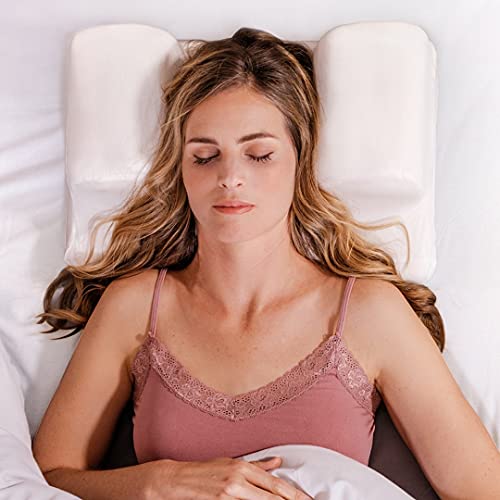 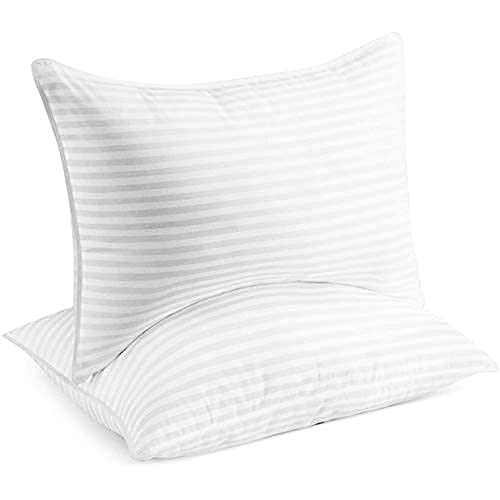 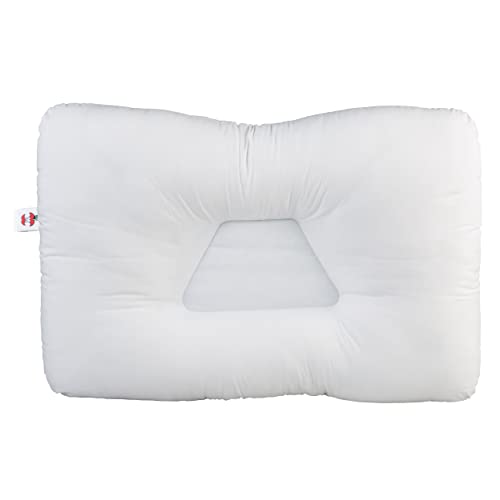 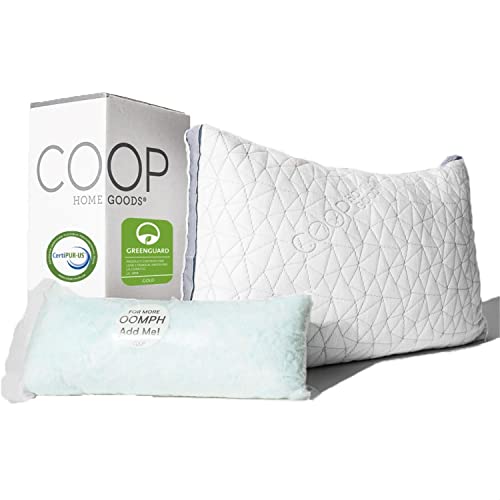