What is reddit's opinion of Blade Runner: The Final Cut?
From 3.5 billion comments
As an Amazon Associate I earn from qualifying purchases. The following content includes affiliate links for which I may make a small commission at no extra cost to you should you make a purchase. 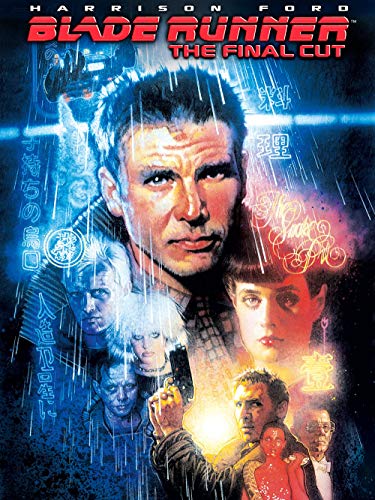 This product was mentioned in 3 comments, with an average of 1.67 upvotes

My favorite film? Mad Max: Fury Road. Why? Because it's unlike anything I've ever seen before in film. Best of all, practical effects and stunts. Crazy stunts, too. It's a respectable action film too that you can tell the filmmakers put a lot of effort into making.

Different people have their own opinion on what qualifies as a good movie. I like films with characters put in situations that go against their nature (Like Blade Runner). Underdog stories are also a personal favorite of mine.

I highly recommend you see Blade Runner. However, there are several different versions floating around. My personal favorite is this version.

I don't think it's science fiction, it is! It's based off renowned author, Phillip K. Dick's 1966 novel "Do Androids Dream of Electric Sheep" (albeit, loosely). A Blade Runner is a type of Bounty Hunter whose sole job is to hunt down bioengineered beings, or "Replicants" and retire them (euphemism for killing them). Harrison Ford plays Rick Deckard, a former Blade Runner who is brought back to hunt down four Replicants who have returned to Earth illegally.

It's a Science Fiction/Action film that operates on multiple dramatic and narrative levels. Check it out.

If you don't want to wait, Blade Runner: The Final Cut is available for rental on Amazon right now for 50 cents here or for the same price on Vudu here.

The other person showed that netflix does it - Amazon charges $3 more for HD purchases and $1 more for HD rentals. For Example: