What is Reddit's opinion of BUZZI Wireless WI-FI Smart Plug, Control Your Electronics From Anywhere with the Home Automation App for iPhone, iPad, iPad Mini, iPod Touch and Android Smartphones and Tablets?
From 3.5 billion Reddit comments
As an Amazon Associate I earn from qualifying purchases. The following content includes affiliate links for which I may make a small commission at no extra cost to you should you make a purchase. 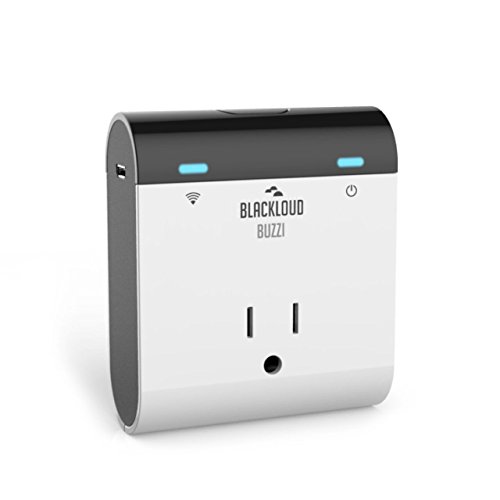 If you have a smartphone, I'd say this will suit your needs depending on if the lights plug into the walls or not? The two links you provided made it somewhat unclear if it was wall switch controlled or overhead fan lighting.. Anyway, relevant info:

In the app (on my iPhone, at least, can't speak to Android but I believe its the same) it allows you to set up "scenes" where one button press can turn on multiple lights/tvs/whatever on/off. You'd basically plug the light into the Buzzi, leave the power to it always "on" and just control the power from your phone through the Buzzi instead.

I also have 2 sets of these they're uglier and less "high-tech" than the Buzzi but you get more outlets [5 instead of 1] for the same price. Only reason I didn't recommend those above the Buzzi is that you want to be able to turn on all 3 with one click (which the Buzzi will do, the ZAP would be on one remote but you'd have to press 3 buttons).. Depends on just exactly how lazy (or fancy) you're trying to be.

Truthfully, the Buzzi is still a beta product and the app can be kind of a PitA at times, but if you're just desperate to be able to network the lights together its a good fit. I personally would only recommend it if you are using it to control a device that needs an IR remote (ie a TV/radio) as that can all be done from in the app (and its pretty well done) - otherwise the nursing home-esque ZAP product is more than sufficient. The range can be a little shoddy, FWIW, but if you're in an apartment you probably wont have issues.