What is Reddit's opinion of Cable Matters Braided USB C to Micro USB Cable 6.6 ft (Micro USB to USB-C Cable, USB Type C to Micro USB Cable) in Black?
From 3.5 billion Reddit comments
As an Amazon Associate I earn from qualifying purchases. The following content includes affiliate links for which I may make a small commission at no extra cost to you should you make a purchase. 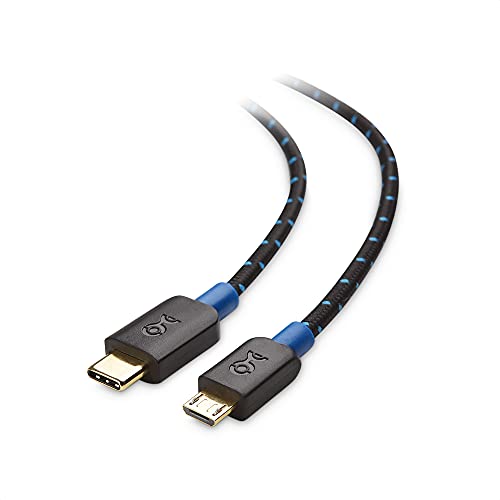 Ok, go to 1:40 in the video. The guy is going to plug in a micro-USB cable. He is using the method I said where if the camera has USB (and supports it), you can use it like a webcam. He is not using a Micro-HDMI cable.

Capture is the term used for getting standard video into a PC. It's an old term and what that process was called. Even if you then go on to stream that video the device is still a capture card. So a Twitch streamer may have a capture card for his camera, and once the PC gets the video, it can be streamed out. Capture does not necessarily mean the video is recorded or saved anymore.

So this is what you want: [link]

Currently using a Vortex race 3, would I be able to connect it to a new macbook pro with this cable? [link]

I read some stuff about mot all usb-c cables being okay to connect your keyboard with.. Also saw a custom keyboard cable shop where the 'usb-c' option was 'Non Mac Compatible'. How am I sure it'll work?

The solution to your imagined problem: