What is reddit's opinion of Capturing the Light?
From 3.5 billion comments
As an Amazon Associate I earn from qualifying purchases. The following content includes affiliate links for which I may make a small commission at no extra cost to you should you make a purchase. 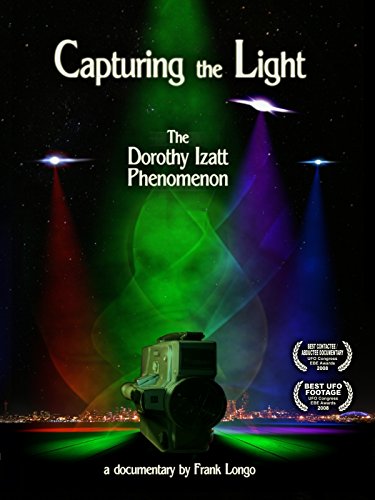 This product was mentioned in 11 comments, with an average of 1.73 upvotes

Dorothy Izatt is by far the most credible contactee I've come across (in my opinion the only one). This is on Amazon in better quality here. It's included with Prime or you can buy for $2.99, it's only 45 min, but absolutely compelling and worth supporting the creators.

I can't stress how valuable I think her story and footage are to explaining part of the phenomenon.

Starting in the 70s she started filming these lights, eventually she got in touch with J. A. Hynek who advised her to get as much evidence as possible before she went public. She took his advice and captured 30,000 feet of 8mm footage consisting of unexplainable lights with anomalous frames displaying strange light 'squiggles' and in some cases ghost like apparitions.

It's worth mentioning that Hynek spent a good deal of effort trying to explain these by giving her different cameras and developing her film independently, he ultimately determined she was genuine. During the filming of this documentary they actually capture a UFO in the background of an interview with Dorothy's daughter.

Check out this doc on Amazon... [link]. It's from the late ’90s, but some of the lights look like Corbells latest “drop” from the TMZ UAP special🤷‍♂️ The movie claims the lights are interdimensional beings

Thanks for posting. I found her story very interesting - she seems authentic an well-grounded.

Here are a few more pictures form the internet archive:

Decided to buy her book, and found it easy to read and insightful. I think she is authentic:

If you do a reddit search for her name, a few interesting links will pop up.

Decided to buy her book, and found it easy to read and insightful. I think she is authentic:

I wish there was a collection of her films online. Here is something from the internet archive: Manari index page

Decided to buy her book:

Was it “Capturing the Light”?

If you have Amazon Prime:

So a few things. The reason you can see it out the corner of your eye is because your using your third eye without realizing it, this can be further developed threw meditation. The shadow figure could be one of two things or neither, Im am unsure because I am still developing myself. Ive heard it be called a material consciousness illness because the spiritual consciousness can not suffer illness of any kind, however it could also be Creation teaching you something threw your unconscious consciousness projecting itself at you as a show person, from what your saying it sounds like because you don't believe in the spiritual, it came in this form, and that your scared of death maybe its trying to turn that into unfear. Creation is always trying to, on the one hand evolve us consciousnessly, and on the other teach us love, kindness, harmony, etc. Example would be when it waved you waved, and showing itself to you shows you the spiritual realm or unconscious real is real, you have the best proof right infront of you,(you don't have to refer to its as spiritual if that releases the stigma for you). But also people that see these things usually have a material consciousness illness, like depression, unbalanced thought processes, etc. These things can be so manifold that the explanation would have to be thought up by you and only you, because only then can the right cognitions come and the whole thought processes be resolved and disolved, every last unhealthy strand. My suggestion is get the book called &quot;The Psyche&quot; by Billy Meier, you can cure this if that is what you wish for.

Secondly for the skeptics I always recommend &quot;Capturing The Light&quot; by Dorothy Izatt. There's also a YouTube Channel I like of a Qi Gong master who demonstrates these unconscious abilities.

Also there is no reason to fear death, because we do not die only transition states of awareness. To help with this aspect if your not sure if its truth. There's a Story of a 3yr old boy who says he the reincarnation of someone only he leads them to the murder and the grave site at 3yr old.

The Dorothy Izatt story is fascinating. Good doc to watch on amazon called Capturing the Light