What is Reddit's opinion of Carousel Sliding Transfer Bench with Swivel Seat. Premium Padded Bath and Shower Chair with Pivoting Arms. Space Saving Design for Tubs and Shower.?
From 3.5 billion Reddit comments
The following content includes affiliate links for which I may make a small commission at no extra cost to you should you make a purchase. 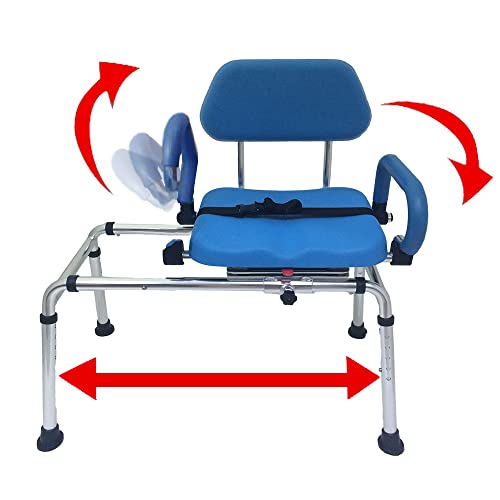 Okay, so it's a bit expensive, but worth every penny, especially worth saving for when you're thinking long term:

This sliding shower chair has been a lifesaver.

I've found most cheaper shower chairs/benches I've tried over the years have had some issues:

The Cons: * It's fairly big. I can send you a picture with a milk crate for scale if you want an accurate representation. * You still have to stand to get the detail work on your rear end done, because it doesn't have a cut out seat that allows you to soap/water that area while sitting. Though the front can be accomplished easily for men and with some slouching and scooching forward for women with a handheld shower head. * You may need to adjust your shower head type/placement, as well as any shelving and such to be under the water without leaning awkwardly or straining/standing for your shower items * Some water run-off onto the floor. Not anywhere near as bad as I expected, but it definitely took trail and error to figure out how to get the shower curtains placed around it the best way to minimize spillage. Thick rugs are helpful, but towels around it or in places you're likely to slip on if wet will do if you only have thin rugs. * Can feel claustrophobic in some tubs, or not work well with some shower designs. I had to get someone to take my shower doors down and install a curtain rod/curtains. I found two curtains works best (one on either side of the chair) You can minimize the space issue by getting a shower curtain you don't mind replacing once in a while instead of shower curtain + shower liner. * Can shift if you push off of it too suddenly and too hard. If you're prone to trying to stand quickly or throw yourself forward a bit to get up (as I am due to uncooperative joints) you may want to also install a separate handrail so that you're not relying entirely on the stability of the chair.

I had the same problem with my mother (age 92) so I bought these type of no rinse shower caps. You warm the cap in microwave, use it to shampoo her hair and toss it out. No "shock" from "cold" water to wash & rinse hair, she isn't "blinded" by the shampoo/soap in her eyes. Also, invest in no rinse body wash and no rinse shampoos as well as disposable wash clothes which can be warmed in the microwave for days it is too cold to shower to when she is too tired to shower. Essentially, anticipate the excuses and have a product on hand that addresses each excuse: https://www.amazon.com/s?k=no+rinse+shampoo+caps+for+elderly&amp;crid=1DOKGCU3ALP4F&amp;sprefix=no+rinse+shampoo+caps%2Caps%2C167&amp;ref=nb_sb_ss_ts-doa-p_1_21

We also bought these shower chairs to fit OVER the tub. I told Mom that you can't fall down if you're sitting down already so she is happy with the shower chair that allows her to sit throughout the entire shower process and it is well worth the price: https://www.amazon.com/gp/product/B0184P0UZ2/ref=ppx_yo_dt_b_search_asin_title?ie=UTF8&amp;th=1

I even bought this version of the shower chair that she uses if she visits my house where there is a much smaller shower stall. This way, we eliminate all the excuses for not showering: https://www.amazon.com/gp/product/B0184P0UZ2/ref=ppx_yo_dt_b_search_asin_title?ie=UTF8&amp;th=1

I've also placed these freestanding supports that are essentially grab bars for her to use next to task areas where she has to lean over: https://www.amazon.com/gp/product/B07V7W67QT/ref=ppx_yo_dt_b_search_asin_title?ie=UTF8&amp;psc=1

I bought this one for my father:

It's more expensive than the basic one, but because the chair turns and shifts you don't have to worry about them getting skin tears from scooting along the bench. He was falling off his shower stool and I needed something sturdier. It's made my life so much easier.

The seat can't be pitched but it has a safety belt 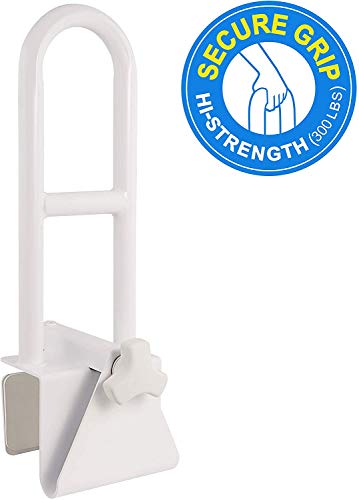 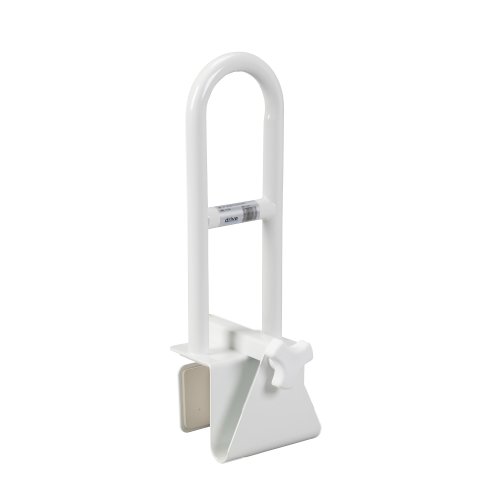 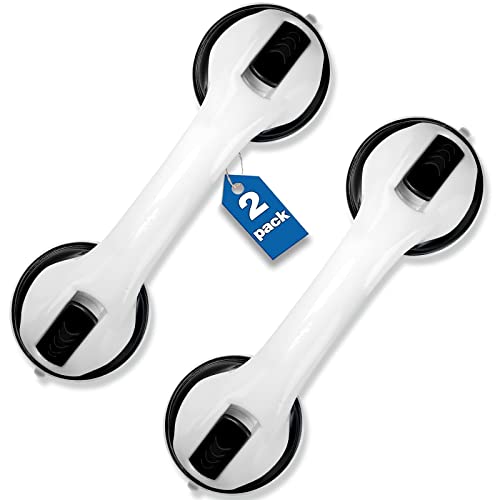 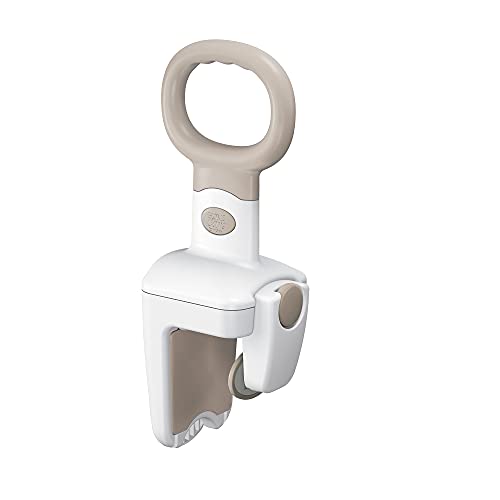 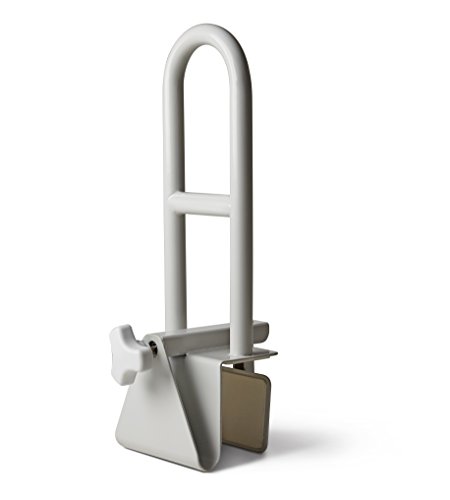 Medline Bathtub Safety Grab Bar, Handle Clamps on to Side of Bathtub Shower, Medical Tub Rail for Bathrooms is Great Elderly or After Surgery