What is reddit's opinion of CMC Joint Thumb Arthritis Brace - Restriction Stabilizing Splint for Osteoarthritis and Other Thumb Pain Relief - Small - Left Hand?
From 3.5 billion comments
Created by @mouseofleaves.
As an Amazon Associate I earn from qualifying purchases. 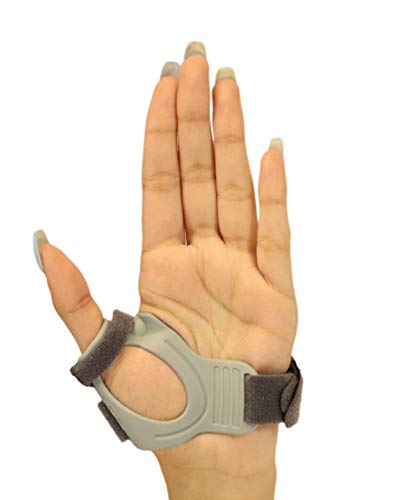 This product was mentioned in 1 comments, with an average of 1.00 upvotes

I busted mine in a crash last summer pretty badly and it swelled up nearly golf ball sized that day. Went to an ortho the next day for X-rays and had sprained the UCL pretty badly and fractured some tiny bones that don’t really matter. Sounds like mine was much worse than yours and they just gave me a brace similar to this:

(Make sure you get the correct hand since it’s non-reversible.)

Just wear that nearly all the time (I showered with mine even) for a while (I think I went 2–4 weeks so probably not as long for you) and keep icing as the inflammation can sometimes further strain the ligament. Don’t try to see how far you can bend your thumb for a while.

I was riding my bike trainer with the brace on after a week probably and back on my MTB (after a few false starts) maybe a month and a half later.

Now nine months after injury and my thumb is still not 100% but continues to get better. I mostly just try to make sure i don’t do anything that pulls on it (phone typing can even be bad if I’m not careful). Hurts after rides and still throbs randomly at work or other places, but it works now.

Good luck — heal up and don’t push it!

Edited to add: if you’re not wearing a brace in everyday life and want to make sure you don’t end up pulling the thumb back just hold your hand in the “OK” position. That’s my default way of holding my busted thumb’s hand now.