What is reddit's opinion of Condor Tool & Knife, Kephart Knife, 4-1/2in Blade, Hardwood Handle with Sheath?
From 3.5 billion comments
Created by @mouseofleaves.
As an Amazon Associate I earn from qualifying purchases. 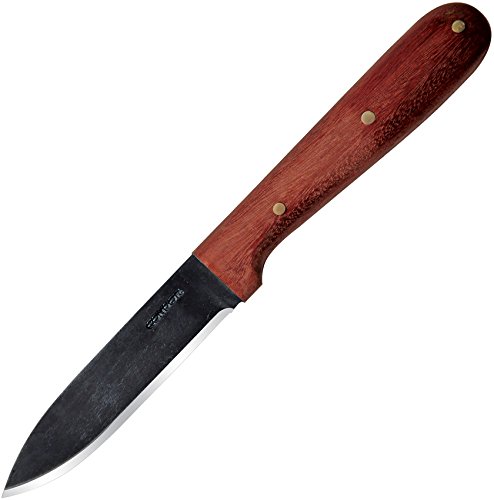 Awesome! Then the world is your oyster. As I mentioned before, the Jeff White Nessmuk has been, for me, a terrific skinner. And it'll also do regular fieldcraft tasks with ease. However, I think I would get the Trekker model if I were only going to carry one. It might be right at the top of your budget, but it's an excellent knife. It's a convex grind just like the Nessmuk, but it's longer and not quite as sharply swept. If that's too large a blade, then check out the Bush Knife or one of the French Trade knives.

The Bush One is close in length to your Enzo and is a bit less expensive.

The Condor Kephart is a flat grind with a secondary bevel and works really well. It's also very affordable and comes with the best sheath you'll ever see for its price point.

It seems to be a good budget knife, haven't had a chance to beat on it yet. I have heard good things about them. [link]