What is reddit's opinion of Deflecto Dryer Duct Cleaning Kit, Lint Remover, Extends Up To 12 Feet, Synthetic Brush Head, Use With or Without a Power Drill?
From 3.5 billion comments
created by @mouseofleaves 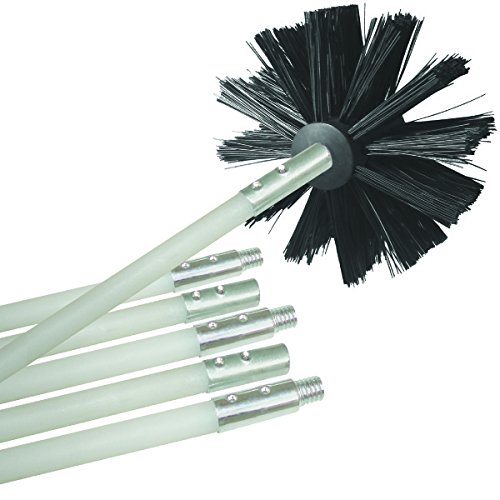 This product was mentioned in 10 comments, with an average of 4.00 upvotes

Check the vent. It's free. I had a clog near where the vent exited my house in the attic because someone put a 8in cylinder of chicken wire in the duct. I should have checked there first, but I only spent ~$20 on this when I was debugging.

Also invest in something like this: [link] It makes it much easier to keep your vent line cleaned out on the regular.

I use this. You just have to make sure you tape the connection points or you could possibly leave the brush in the duct.

I hate on HOAs a lot because I dislike the idea of high-strung PTA moms with power fantasies nagging me, but I never imagined this level of rule granularity or absurdity.

If your dryer vent is like 90% of homes, it goes out of the dryer, into the flexible foil tube, and into a short through-hole that blows out the side of your house. In that case, it would be cheaper to simply replace to tube and leave the old tube on the lawn of the HOA president as proof. If you did want to clean it, you can unhook it, straighten it, and use a hose to spray it out.

Some newer homes now have a section of that tube behind drywall, especially if the dryer is in a finished basement or along an interior wall. Mine is like this, but you can actually remove a panel and still remove the tube, but I've seen it where you can't. In that case, a normal person would use an electric leaf blower to blow it out or one of these. The idea that someone would hire a contractor to do this is mind boggling. The idea that such a thing is required by a rule is just a bit much for me to even process.

Get a brush that attaches to a drill - it makes it super easy.

As someone else suggested, you should probably snag a cleaning kit and run it from both the inside and the outside to get your vent line totally cleaned out. Here's one on Amazon that is similar to one I own: https://www.amazon.com/Deflecto-Cleaning-Remover-Extends-Synthetic/dp/B00IB4BMDQ/.

I had a dryer that also had this burning smell, and I ended up taking the outer casing off and vacuuming up all of the lint inside the machine that I could - there was a ton. I had a layer on top of the heating element that was visibly scorched, but it sounds like you've already taken care of that. Honestly, I think if it were lint that was causing the burning smell you would see something similar, where it had turned brown (or even black) in color. Maybe take the case off yourself and take a look. Take a look inside the heating element as well.

Since you mentioned heavy loads: Something I noticed with my washer (not my dryer, but may be something similar) was a burning, rubber-type smell that would happen on heavy loads. It definitely was a different smell than what I experienced with the burnt lint. I think what was causing that was either the motor itself having trouble and possibly causing the smell, or the belt that goes around the drum was slipping and causing heat. I make sure not to wash my comforters with any other items now to keep loads on the lighter side.

I don't believe you should have anything that resembles a p-trap in your vent, even 90 degree angles are not recommended from what I remember reading (but sometimes you can't get around it). Try not to use that corrugated tubing anywhere you don't have too, because anytime there is a ridge or a sharp bend/curve, you're just giving the lint another thing to snag itself on.

Unhook from dryer, use one of these Deflecto Dryer Duct Cleaning Kit [link]

Highly recommend one of these instead: