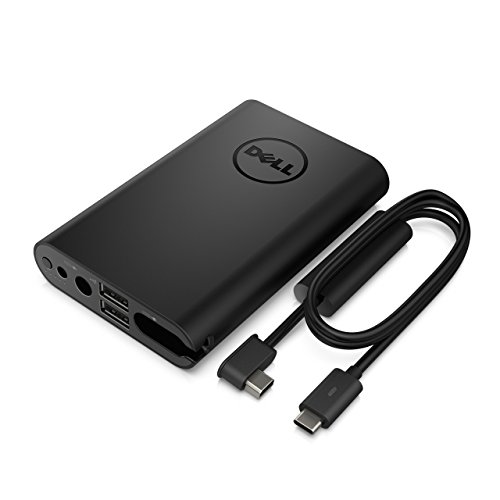 Aha, you must mean the thing Dell calls 94TR3, not 43W6R. Took a while to find exactly what you were talking about among all the things Dell sells called "Dell Power Companion 12000 mAh." Indeed, it says it charges over USB-C with the included adapter from the proprietary power output. While they don't include normal USB-PD specs in the listing's tech specs, it probably does use USB-PD. Not sure why they wouldn't say that if they went through the trouble of implementing it, because a USB-PD device is much more valuable than a proprietary one that happens to be able to charge over USB-C.

Sorry about that! I was wrong, and you were right.

The Dell USB-C one is a good choice. Also take a look at the Dell Power Companion (USB-C model). It probably solves all your needs in 1 go.