What is reddit's opinion of First Alert ZCOMBO 2-in-1 Smoke Detector & Carbon Monoxide Alarm, Z-Wave Combo?
From 3.5 billion comments
As an Amazon Associate I earn from qualifying purchases. The following content includes affiliate links for which I may make a small commission at no extra cost to you should you make a purchase. 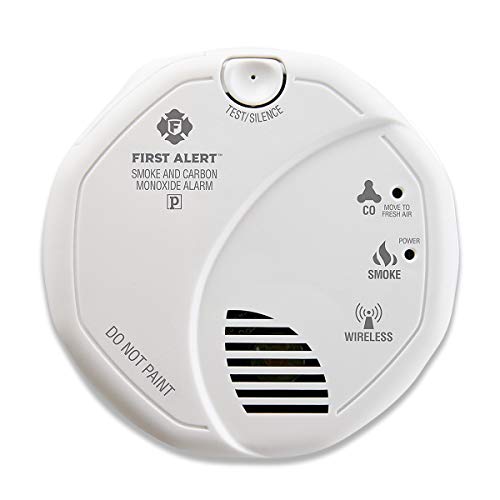 This product was mentioned in 34 comments, with an average of 1.59 upvotes

US Amazon is selling First Alert 2-in-1 Z-Wave Smoke Detector &amp; Carbon Monoxide Alarm for $43. Not a terrible deal, considering a regular detector is almost the same cost.

Note that it is NOT Wink compatible

First Alert (very common manufacturer of detectors) has a zwave alarm for $39 on amazon. I think contractor grade alarms are $10, so not a huge cost....at least compared to going with Nest.

I lost everything when my house burned down completely, so I'm a bit more paranoid about it than the avg. person. Fire marshal said that it had started hours before it was reported (I lived in area with 1/2 acre lots, so neighbors weren't exactly close, but weren't far either). Now I have the option to call a neighbor and ask them to go check on things if I get an alert.

I use this ZWave combination smoke and CO detector with Home Assistant. I wouldn't call it good primarily because it was a pain to set up, but it works reliably once setup is complete.

I've had the First Alert z-wave for about two years now, I assume that's the same one as you're mentioning. It's been great, and it's alerted correctly through home assistant the few times it's gone off (cooking, etc.). The only negative is that its battery remaining percent is wildly inaccurate; it'll start a low-battery beep when z-wave is saying it's at 75%.

I feel ya. Recently replaced all of mine with smoke/carbon detectors from Amazon. These are solid and work with Ring.

Nest protects Barely Go on Sale. I've seen Protects go for ridiculously cheap at walmart, but thats cuz they were discontinuing the stock on shelf. Aside from that, Protect go $80 to $100 average on Ebay/Offerup/Craigslist. If you aren't a nest Fan Boy, you can go with a $30 First alert Zwave smoke/carbon alarm. [link] I was looking at the insurance Discount, but for Us, Liberty mutual had a higher Monthly rate, didn't justify the swap just for a smoke detector.

I use this [link] with veraplus.

I have no idea if there is a way to remote silence, but vera easily shows which one is going off (tho I only have one but you can name them). And since I only have one I dont know if i can make it set off others or not but i could try.

No worries. I have this First Alert smoke and CO detector. It's been working well, and does report the battery status, accurately in my experience.

Assuming you are using Z-Wave:

Hard-wired Interconnected, Z-Wave Smoke/CO detectors don't exist to my knowledge. First Alert has one that has wireless interconnections.

You could get creative with some cheap door contacts and utilize the on-board alarm relays of conventional smoke/co detectors.

I think the best return on your money is figuring out what is causing the false alarms.

Some guidelines that deal with common false alarms:

I have 2 bedrooms and a bathroom at the top of my stairs, so I ended up having to pull the plug on all 3 of those detectors before it shut up, plus the one at the bottom of the stairs, and the one in the living room. I think the smoke wafted past all 5 over the 10 minutes, and they were all pissed off. I have high ceilings and an open balcony between the first and second floor, so smoke travels upstairs quick.

I bought one of the First Alert ZWave detectors, ([link]) but I couldn't get any software to actually interface with it, and the ZWave documentation is sparse. As far as I can tell, it only sends ZWave alerts, it doesn't respond to any commands.

Actually, it's not false info. The First Alert Z-Wave (keyword, Z-Wave) Smoke and CO2 Detectors do not work with the Wink Hub. It shows as a failed node in the Wink app, and I can't use it.

SmartThings uses ZigBee too! One example of a Z-Wave device not working for me on the Wink is the First Alert Smoke and Carbon Dioxide Detector, and I have three of them. I tried adding one yesterday to test it out again, and it said under the Wink Hub menu that it was a "Failed Node" and only gave me the option to replace or delete it. Even on the Amazon page, it says it's not compatible with Wink.

Man, all of those Nest smoke alarms :O

Which I think are better than anything in either respective category on your list.

The listener is exactly that—a listener. It just listens for your existing smoke and/or CO alarm and will alarm, alert your phone, and send authorities if you're paying for monitoring. It isn't itself a CO alarm or smoke alarm. It MUST be co-located with an existing, compatible (generally made in the last 10 years) smoke and/or CO alarm. It has to be within a few inches, or it won't work, and the alarm(s) it's monitoring also must have been made in the last decade to have a compatible siren that the sensor will listen for (basically if it's hearing aid compatible, it's compatible with Ring's listener), plus CO/smoke alarms are only good for between 5-10 years anyway, and all have an expiration date that you very well should pay attention to as they are next to useless after that date. The radioactive material used for detection has decayed too much, so they set the expiration around that half-life.

The "testing needed for setup" note means that it hasn't yet been trained to listen for or is unable to hear the alarm. So either your current alarm is too old, or too far away, or both. Also, you still need your CO alarm, unless you plan to get a different one. As I said, the Smoke/CO Listener is literally just a listener. It won't alert if it detects CO since it can't detect CO or smoke on its own. It will only alert if it hears an actual detector within range go off. You have to use the actual sensor's test function to configure the sensor so I knows what it's listening for.

The flood/freeze sensor will go off when touching the sensor to your skin because it's using resistance to measure if the contacts are connected in any way (like they would be when submerged). Your finger completes the circuit, and thus sets it off. Non-condensing humidity won't set it off so as long as it's not dripping down the walls, you don't need to worry about it going off unless it detects water (or freeze).

If you want an all-in-one Smoke/CO alarm that doesn't need the listener, Ring doesn't make the device, but they have the First Alert Z-wave Smart Smoke/CO detector, that is actually a detector for both, not just a listener for your current equipment. Here's the Amazon link to that for ease (no referral link included, just the product). It is fully approved by Ring and is the only third party Smoke/CO alarm that works with Ring's professional monitoring.

The listeners are easy for Ring to include because they make them and they're cheap to make since there's no messing with radioactive materials in creating sensors and such or requiring UL listing for them, since they're not the alarm, just a listener for the Alarm you're supposed to already have.

This one has worked for me. Not ideal but they work. [link]

I'm well under 20-p hardwire capacity. Haven't used any wireless zones. Have a 6160-RF I will use to connect the Combo.

I was getting a SEM300. There is not a lot of info on Z smoke detectors and if alarm.com would support them.

I found one below but won't go this route.

I personally ended up with 4 of these:

2 downstairs (living room/kitchen family room area), 1 upstairs (hallway outside the bedrooms) and 1 in the garage.

I connected them to samsung smartthings smart hub at home, so if one goes off I get an alert on my phone as well (I always know when my wife is cooking dinner while I'm at work!).

In all seriousness though, they work great, just a little pricey.

However, I also installed one of these in every single room (bedrooms, office, kids playroom):

They can be setup so that if one goes off ALL of them go off.

They work for the US Ring Alarm Base station. I have 3 of them configured and working. I have Version 2 installed.

The First Alert detectors work with SmartThings. Might be worth a look.

Don't buy at that price though, they are usually 39.99

They often have a 3 Pack at Costco for 99.99 too which is a much better deal

Can you provide a link to the one you got? Sounds interesting

Edit: must be this one? [link]

Z-wave battery operated ones exist from FirstAlert, but why they don't make a hardwired version is beyond me.

Maybe the Leeo will work for you? Yes it's a detector for your detector. [link]

The Smartthings community seems to talk about it: [link]

Looks like it's the same one I bought from Amazon, or at least it mentions the G in the product description. It paired up just fine with Abode.

I think the closest you're going to find off-the-shelf z-wave is going to be a z-wave smoke detector, and even then I'm not sure if it provides a "Test" trigger via z-wave or if it just pushes notifications out. Most battery powered devices lack a continuous poll to respond to pushed messages.

Your actual best bet would be something more like a Google Home or Amazon Echo. They're not cheap, but they're also not a narrow-scope product so you could tie it into your home automation and get other uses out.

Or, lastly and most simply, look at geofencing the ringer volume on his phone so that it does it automatically. Tasker on Android is amazing for this and other kinds of things; dunno what options might be out there for iOS for similar, but I'm sure they exist.

They have a Z-Wave model: [link]

That said, your controller should be able to bridge protocols for you, your entire system doesn't need to all be Z-Wave :)