What is reddit's opinion of HarmonQuest Season 1?
From 3.5 billion comments
Created by @mouseofleaves.
As an Amazon Associate I earn from qualifying purchases. 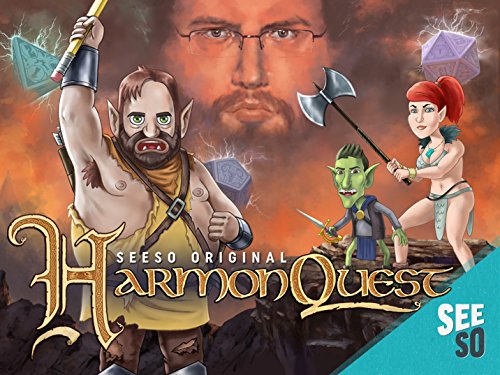 This product was mentioned in 7 comments, with an average of 25.71 upvotes

The entire season 1 dropped on Amazon, you can sign up for a free 30 day trial - [link]

been waiting for today for a while! can't wait, episode 1 is GREAT

edit: must have prime for the free trial apparently! (if a family member (possibly friend) has prime, they can add you, this works because this is how I have prime!)

Just wanted to chime in on a thread about shows + D&D. I just finished up watching the newly released HarmonQuest on Amazon. It's a comedy d&d (ish) campaign where they have comedians role playing and they animate their quest. It's made by Dan Harmon of community and Rick and Morty fame, and it's fantastic. I don't think that you can buy it, but I watched by signing up for a 30 day trial of seeso on Amazon video, and I loved it. [link]

Forgot that See Invisibility allows you to run complex and tactical combat, which is a free trial link on this Amazon page. (If I remember right they said it was like to be connected to an organization, in order to facilitate this, so back to the other player.

Edit: Aww but the free episode is restricted due to my geographic location. I'm not gonna risk signing up for the free trial when it's probably not gonna work either :P But good luck to you if it lets you.

Just adding on to this, if you like watching people play DnD, give Harmonquest a shot. It's hosted by Dan Harmon(co writer of Rick & Morty, Community). It's him, Jeff Davis(of Whose Line fame), Erin McGathy, and their DM Spencer Crittenden.

Each episode has them continuing their story with a guest celebrity who may or may not be familiar with the game. They animate large parts of each episode for the story, and it's pretty great how it's done.

It's pretty funny, some episodes are a little flat, but overall a good show.

The first episode is on Youtube, the others are on a subscription service called SeeSo. YOu can try SeeSo out for $3.99 as ana dd-on to Amazon Link

Apparently HarmonQuest was just released on Seeso and the first episode is free on Amazon.

There you go. You need Amazon Prime or a Seeso.com subscription / a free month though.