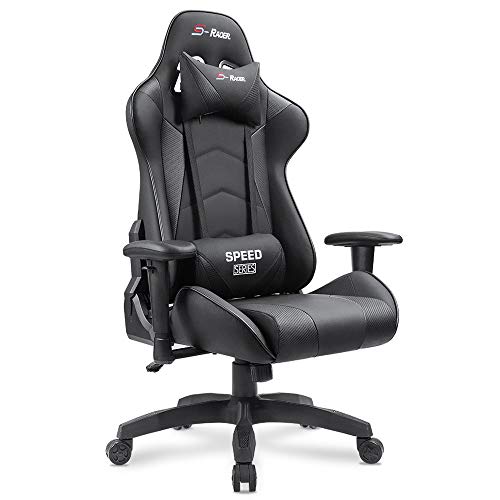 This product was mentioned in 2 comments, with an average of -5.00 upvotes

The cheaper Ikea chairs are shit, though, but the Aeron is also overpriced nonsense. My dad has one and I've sat in it and I'd overwhelmingly take my sub $200 racer chair over it (with removed lumbar cushion because that shit is stupid and added headrest cushion because racer chairs never have good ones by default). And don't come back with "but I sat in a racer and it wasn't good", yeah, there's a lot of cheap shitty ones that people get that have hardly any padding and they always set them up with the shitty stock lumbar cushion and shitty neck pillow that are both trash on every one I've tried. I can sit comfortably for longer in the racer chair I have than any other chair I've ever sat in.

Found the chair I have: [link]

Take off the stupid included pillows and find a nice car headrest cushion you like and you're in business. It's actually cheaper than when I bought it because it was like $180 with shipping and now shipping is free.

Good timing as it was nowhere to be found for a while, but I guess they're making/selling it again.

No idea why you were downvoted, this is good advice, though the $130 racer chair I have is better than any standard office chair I've ever used: [link]