What is reddit's opinion of I, Pedophile: Understanding the Mental Disorder?
From 3.5 billion comments
Created by @mouseofleaves.
As an Amazon Associate I earn from qualifying purchases. 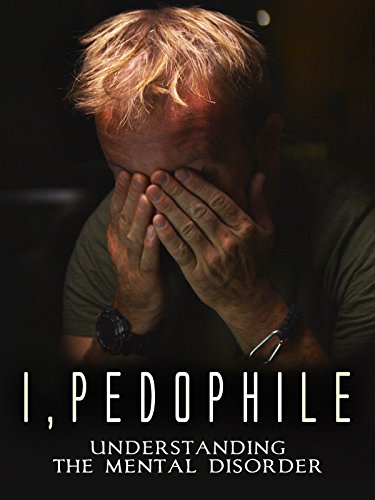 This product was mentioned in 7 comments, with an average of 1.57 upvotes

There is a documentary on Amazon called

" I, Paedophile: The mental Disorder"

[link] this is twisted shit. Amazon has done something similar in a fucked up way.

There are tons of reviews of this documentary on Amazon, but here's one:

The Normalization of Pedophilia

I wasn't convinced by this "trope". Pedophilia is a psychiatric disorder. Yeah, OK we get it. So is schizophrenia and other disorders. However, the societal problems we're having with pedophilia, hebephilia & such goes way beyond MAPs. The population of non-criminal MAPs who seek help I assume is probably a negligible statistic. After all, psychiatric treatment for such persons would greatly depend on economic circumstances. Most pedophiles in treatment now are there after the fact of having committed a criminal offense. Prevention, yes we get it, again MAPs are a negligible stat. This documentary is just a sad & pathetic attempt to normalize a taboo.

Taboos which became that way after Christianity overturned old world empires & orders were "pederasty was a cultural norm (Think Greece or Rome). After all if we have to have sympathy for non-criminal MAPs then it would behoove us to have sympathy for criminal pedophiles too. In the name of compassion. That's where we can discuss recidivism rates which is off the scale for pedophiles as well as rapists in general. This attempt for normalization also reveals a more sinister agenda for a global trend which is now slowly & steadily being revealed & is & has been happening amongst the global elite. Think Epstein island! Pedophilia, child prostitution, illegal human organ trade is now a $2 billion dollar global industry second to the narcotics trade. Let's not mention the Ritual Satanic Abuse that's going to be revealed on a large scale among the globalist elites.

We're are now seeing it heavily pushed into society at this very same time. Do you believe in coincidences? Their symbolism will be their downfall-Q. Folks don't be fooled by thinly veiled propaganda attempts for normalization. There is nothing normal about it.

This trash is on Amazon. It's time to start blasting this shit https://www.amazon.com/I-Pedophile-Understanding-Mental-Disorder/dp/B07788T9XJ