What is reddit's opinion of KitchenAid KGM All Metal Grain Mill Attachment?
From 3.5 billion comments
created by @mouseofleaves 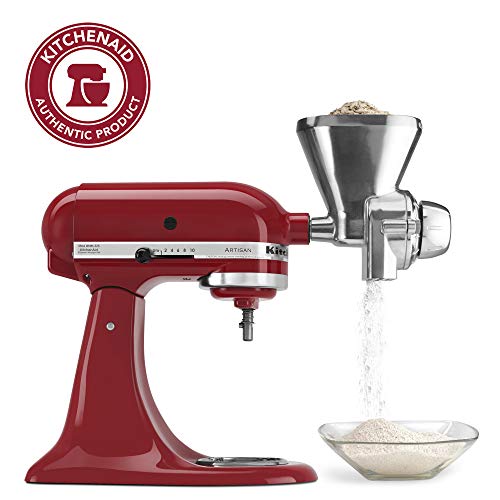 I've made dog treats, bread and pretzels. My dog could care less about the treats. Bread is something I'm still experimenting w/ to figure out. The pretzels have been pretty good.

I've made pretzels w/ this recipe a few times. I think it's pretty good. I make a spicy mustard sauce to go w/ them. It also helps overcome how dense these can be. It's nothing special, but I'll post the recipe if anyone is interested.

I've seen recipes for cookies too, but I haven't tried any yet.

Making food from spent grains is almost involved as brewing beer itself. Have fun!

Which attachment do you have? I found 2 that looked good