What is Reddit's opinion of Klein Tools RT310 Receptacle Tester, AFCI and GFCI Outlet and Device Tester for North American AC Electrical Outlet Receptacles?
From 3.5 billion Reddit comments
As an Amazon Associate I earn from qualifying purchases. The following content includes affiliate links for which I may make a small commission at no extra cost to you should you make a purchase. 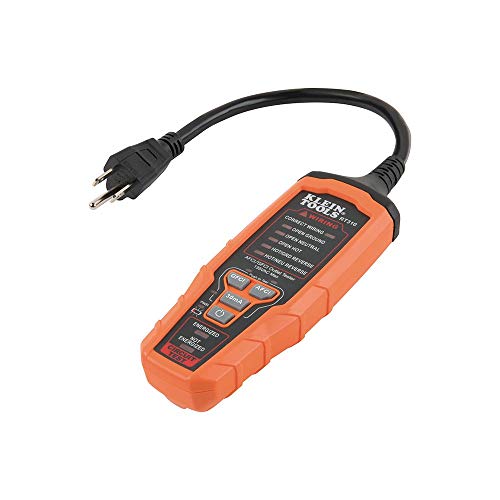 I would advise against it.

Some techs advise leaving it plugged in but switched off because the ground pin usually isn't switched. The problem with that is that A LOT of homes and more than a few businesses have faulty wiring (for example, confusing the neutral and the ground, or even tying them together).

I did onsite work for a long time, and I was amazed at how many places had faulty wiring. When a surge suppressor failed to protect its connected devices, faulty wiring was the most common reason.

I got into the habit of testing the wiring (easy to do with something like this) and notating it on the service ticket if the wiring was faulty. It happened so often that eventually I had disclaimer forms printed up that I'd have the customers sign, with instructions for them to contact a licensed electrician to correct the fault.

I figured if I could prove I'd advised it of them, I'd have at least a little protection if the computer fried (or worse) the next time they had a thunderstorm.

Ah, yes in that regard there is a difference. Where we're building - Chicago suburbs, new construction homes are generally inspected throughout the build process by municipal building inspectors, not independent companies (though smaller villages do hire 3rd party inspections to help with the workload). The latter type of inspector is generally saved for the sale of existing homes, condos, etc, or if a homeowner simply needs some help identifying items of concern or want to better understand what needs maintenance or repair.

In regard to code compliance, below is a list of the inspections we had to pass at a recent new construction build: