What is reddit's opinion of Leah Remini: Scientology and the Aftermath Season 1?
From 3.5 billion comments
Created by @mouseofleaves.
As an Amazon Associate I earn from qualifying purchases. 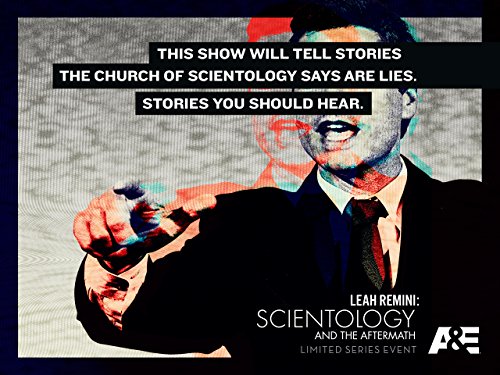 This product was mentioned in 6 comments, with an average of 13.50 upvotes

Idk why but for some reason you can't find that page through the normal amazon search, so not sure how you can get to it on the australian amazon.

You can buy each episode on iTunes and Amazon. Only $2 for the standard quality, and worth every penny. They usually go up a few hours after they air on TV.

(These worked for me without many ads, I do use Ad Block, though. Just scroll down to the bottom of the page the small dark gray rectangle that says Proceed to Video)

The long-awaited special will be airing at 9PM ET/PT on Tuesday November 13th, 2018. It will air on the cable channel A&E in the US.

We'll be trying to keep this post up to date with links/details on how to watch Leah's A&E expose as we get them in, so please comment below if you know of a way to watch that isn't listed.

Do you want to Thank Leah? <strong>Do that here!</strong> A few Folks are organizing a Twitter Storm to thank Leah on November 14, <strong>which you can read all about here</strong>, or see u/patlynnw*:*

(Possibly) Watch Online, after the fact:

To ease your cult expose hangover, we will also be hosting TWO Special AMAs. Please give a massive thanks to both Cedars and Steve Hassan who have reached out and accepted our AMA invitations! Here is when all that is going down:

Guys, it's Cedars!! Join us as we offer the chance to Q&A one of the most prominent activists in the EXJW community. Lloyd is best known as the Founder of JW Survey and the John Cedars Channel He has also recently authored a book, which is part of a greater wave that is making public the struggles of those in the EXJW community. Lloyd, if I've missed anything (as I am sure I have), let me know. :) For the rest of you, watch this space for the sticky, where you will be able to ask your quesetions!

Let's have a round of applause for everyone's favorite cult deprogramming expert! Steve Hassan is the founder of Freedom of Mind, and a leading figure in the movement to define how cults operate and combat their effects. His book &quot;Combating Cult Mind Control&quot; is a cult favorite (no pun intended) among EXJWs and will be having its 30th anniversary this week. Here is an excerpt from his website, with more information:

>"Steven has helped thousands of former cult members and their families, clergy, psychologists and fellow cult experts over the years. He co-developed “Ending the Game”, a non-coercive curriculum designed to educate and empower commercial sex trafficking victims, and has spoken out about the effects, mechanisms, and signs of undue influence in its many forms on 60 Minutes, CNN, NPR, Good Morning America, The Today Show, Larry King Live, Oprah, and many other programs, as well as being featured in People Magazine, USA Today, Newsweek, The New York Times, The Washington Post, The Wall Street Journal, Chicago Tribune, The Guardian, and dozens of other major publications and websites."

Watch "Hot" sort for the sticky next Monday where you can ask Steve whatever you'd like! You won't want to miss this chance.

PS- Sorry we had to clump it all together. Reddit only gives us two stickys.

You're in the UK? Maybe it's different there than stateside. I would suggest googling "watch leah remini aftermath online free". That's how I find a lot of stuff.

Here's the A&amp;E official site. They allow streaming through individuals' TV providers, if you have one. I don't have cable or even a television, and find everything online. I don't download anything either, because reasons. (Copyright, virus, storage, etc.) Amazon has it for three bucks an episode for the first season.

You can buy episodes via iTunes or via Amazon.