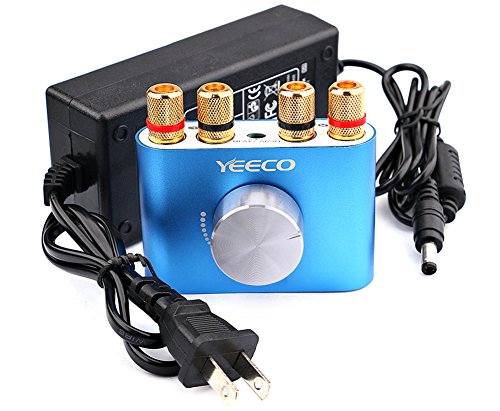 I have a small 50Wx2 Class-D 12-24V amp I take with me when I'm trolling for speaker bargains. I plug it into a small 12V gel-cel so I'm completely off the grid. Let's me test for burned-out or rubbing drivers before taking them home.

Would something like this work if I wanted to go a cheaper route for powering them (would it still get me a good amount of volume for watching TV loudly)?

Schiit's Ragnarok would be ideal, but at $1700 it might be a bit too highend?

At the lower end you could look at Creative's X7. Should be capable of powering bookshelf speakers but I haven't heard it play so I cannot comment on how it sounds. They did use excellent components for it though so it has potential. I think it even has replaceable op-amps. And Bluetooth, which is nice.

At the absolute lowest end you find stuff like this [link]

I have one and it's not as bad as you'd expect for the price. I haven't used it as a speaker amp but according to reviews it can decently power bookshelf speakers unless it's for a big room. The amp is 30 Watts. As a headphone amp it's passable considering the price, but won't do HD650's/600's justice, you'd need something slightly more high end for that. I use it mainly for the bluetooth receiver.

Got it. So will something like this or this be sufficient?