What is reddit's opinion of Mister Rogers' Neighborhood Volume 1?
From 3.5 billion comments
Created by @mouseofleaves.
As an Amazon Associate I earn from qualifying purchases. 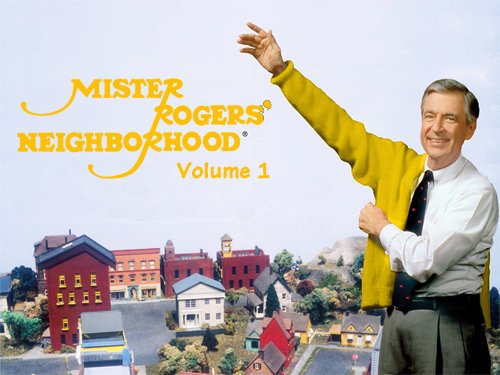 This product was mentioned in 8 comments, with an average of 2.25 upvotes

There were 31 seasons, so Prime does not have the vast majority of episodes. That said, it's the best source for episodes. The PBS app appears to have a handful. My local PBS station broadcasts only 1 episode per week, and after 3 months is into reruns.

Prime has several seasons available for streaming (Free with Prime), if you've never had a chance to watch one of his shows. There was a huge stream-a-thon earlier this year that aired all 800+ episodes back to back. It was awesome to just sit and watch the show, it's just wonderful to watch him. It's so rare for someone to be as honest and genuine as he was. It was a TV show that could make you feel like he was talking just to you.

It's still wonderful to watch, even as I'm pushing 30. The man was just a wonderful, genuine person.

Mr. Rogers is on Amazon Prime

Good choice! Here's a couple of places you can watch Mr. Rogers online.

They appear to be free on Amazon Prime

Also, if you haven't checked it out yet, you should look at Daniel Tiger's Neighborhood. It's an animated series featuring Daniel Tiger, and they really did a good job capturing the same feel.

If you have Prime, they have several seasons available for free (with Prime). /u/gobberpooper 's description is pretty spot on.

Negative on your negative.

There's also a season of Reading Rainbow up