What is Reddit's opinion of Morningwood: Everybody Loves Large Chests (Vol.1)?
From 3.5 billion comments
As an Amazon Associate I earn from qualifying purchases. The following content includes affiliate links for which I may make a small commission at no extra cost to you should you make a purchase. 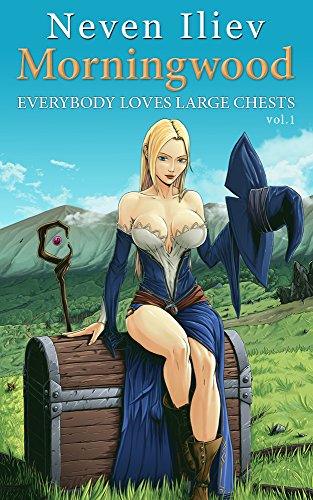 Check it out on Amazon. He is releasing an editted version on there.

It fixes some plot holes and edits out some of the more extreme rapey stuff, and I think the story is better for it.

For kumo [link] Start with the blastron translations and then switch over when they stop. Sorry it is not more straight forward but there were a number of different translations of various qualities who worked on this one.

For ELLC there is the e-book here [link] which is a more polished version of the content with a few new additions and less nsfw content but you have to pay for it or here [link] which is less polished but free. Only somewhere between 1/10 to 1/5 has been published though so you will have to switch over anyway if you want to keep reading.

I'm mostly into litRPG so that's what my recommendations will focus on.

everybody loves large chests was already a great webnovel but the author also published on amazon. you can still read it for free on royal road if you want. it features a truly evil monster as primary character who was never human to begin with, so it's quite a different take on the litRPG genre.

life reset is a VR based litRPG with the focus on the MC having been turned into a monster character against his will and ending up stuck in the VR world, with emphasis on city building.

Awaken Online is also a VR based litRPG but the main character kinda turns into a big villain. sort of.

The Land/Chaos Seeds transportation litRPG with a bit of a contentious author who has a tendency to shove every fun idea he has into the story at the expense of actual story progression, but if you like the idea of city building litRPG I'd certainly still recommend it. there are plenty of other aspects that make up for it.

Any mimic lovers out there need to look up Morningwood: Everybody Loves Larges Chests

going through this sub, sorry for a response to a week old post but yeah, this guy is talking about something different.

that first little bit he says there "everybody loves large chests is another one" is him referencing another book called everyone loves large chests https://www.amazon.com/Morningwood-Everybody-Loves-Large-Chests-ebook/dp/B076NSQ6JT

a quick google shows its not really my type of book but just incase you were actually confused, there is your answer.

Oh also Everybody Loves Large Chests is on amazon although I haven't read it. A lot of authors take their successfully completed books to amazon. [link]

Everybody loves large chests is also a really good litrpg/progression series, a bit lighthearted sometimes, but solid writing and plot for sure. Easily makes the "The Great" category.

How about a MC who is a mimic who is also a demon summoner? I actually surprised myself by how much I enjoy this series.

Don't be faked out by the fakeout

Everybody loves large chests and The Legend of Randidly Ghosthound are fun reads.