What is reddit's opinion of Moto X Pure Edition Unlocked Smartphone, 32GB, 21 MP, Black (U.S. Warranty - XT1575)?
From 3.5 billion comments
As an Amazon Associate I earn from qualifying purchases. The following content includes affiliate links for which I may make a small commission at no extra cost to you should you make a purchase. 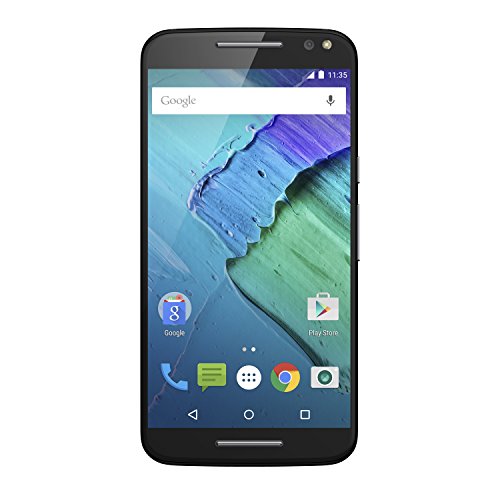 This product was mentioned in 6 comments, with an average of 1.17 upvotes

You know you don't need to go buy the $800 flagship. There really is no difference in removing bloat and disabling it. What's your baseband version?

The Moto X Pure Edition is still a great device for a fraction of the price. It comes with stock Android with no bloat (you can buy it off contact and have it work on all 4 major carriers), and custom ROM support including official CyanogenMod builds. If you decide to get it, get the one I linked above or it's 16GB equivalent (ironically the 32GB is cheaper, at least for me with Prime). Preferably using AmazonSmile.

I can stream as much music and video as I want and it doesn't count against my data cap. I don't think I've ever used more than 1GB in any given month (mostly from GMaps and reddit.)

It's a no-contract plan, so I had to pay the full price for my phone. Not a big deal though, I was able to get a Moto X Pure at a discount on Amazon Prime Day.

They also have their "T-Mobile Tuesdays" where they give out neat promotional stuff. When Suicide Squad came out, they gave out free tickets for opening night showings

Lol, sorry. They're pretty well hidden on the site. Here's a few links to some of the different configurations:

There's a few different ones in that link. I'm sure there will be more eventually.