What is Reddit's opinion of MULTIPET Sea Shammie 8-Inch Plush Starfish Dog Toy, Tan/Brown?
From 3.5 billion comments
As an Amazon Associate I earn from qualifying purchases. The following content includes affiliate links for which I may make a small commission at no extra cost to you should you make a purchase. 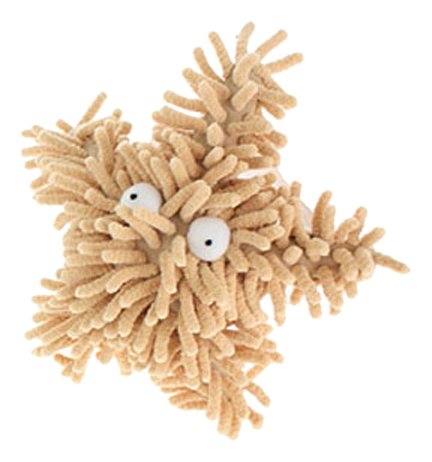 Crixus just loooooves these little paracord toys that I make for him. He'll play fetch with them all day long and always seems to have one with him wherever he's parked himself.

As a bonus, they're inexpensive to make and are tough as nails since they're made out of paracord. They're really the ONLY toys that have been able to stand to his daily abuse.

His second favorite toys are these cheap stuffed sea creatures from Amazon (my grocery store carries them):

Unfortunately, he loves to drop those into his water bowl and they fall apart pretty quickly once that happens.

After those... everything else is pretty much fair game. :D He does seem to have a particular fondness for crumpled up paper balls, tho!