What is reddit's opinion of Pain by The Authors of Pain: The debut poetry collection from WWE tag team and literary powerhouse The Authors of Pain.?
From 3.5 billion comments
As an Amazon Associate I earn from qualifying purchases. 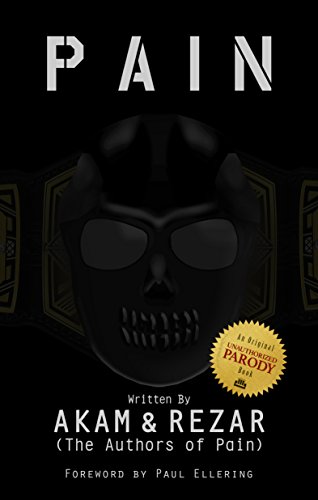 This product was mentioned in 13 comments, with an average of 15.77 upvotes

For those that don't know about it, here is the Book of Pain by the AOP:

The book has already been published

It's available on Amazon!

Full Story - I thought it was really ridiculous that there's a tag team called "The Authors of Pain" and they've never actually written a book called Pain, so I got a bunch of my friends together to write it for them. Originally it was just a digital book, but you guys really dug it so I formatted it for paperback and it's now available on Amazon for $4.

You can still download a free pdf of it at [link]

It's a book of bad poetry from the perspective of Akam and Rezar and with a foreword by Paul Ellering. This thing took several months to put together and I could not be more proud of this. Former WWE writer Matt McCarthy, the head writer of Kayfabe News, the creator of Botched Spot and RD Reynolds of Wrestlecrap.com and a bunch of other really funny writers even contributed pieces. Now it's a literal, physical book which is insane to me.

Edit: Regarding all of the comments about the legality of this, I have a few friends that are parody book publishers that I talked this over with. I'm certainly in a legal grey area, but I doubt this thing is going to set the world on fire sales wise and it's available as a free download at the previously posted Supercollider Press page so I'm definitely not trying to get rich off of it. I mainly created the paperback because a bunch of people in the old thread asked for copies. If I'm asked to take it down, I will but until then I'm not super worried about it. Regardless, the heads up is appreciated.

> "You realize they're not actual authors right?"

u/Just_Joey released the PDF for free (and the audiobook narrated by Colt Cabana) and a hardcopy on Amazon for $4.

Funny you say that...

Because there are literally the authors of pain

They can discuss this book: [link]

Done! I just formatted it for paperback and you can buy it on Amazon for $4