What is reddit's opinion of Patterns of Evidence: The Exodus?
From 3.5 billion comments
As an Amazon Associate I earn from qualifying purchases. The following content includes affiliate links for which I may make a small commission at no extra cost to you should you make a purchase. 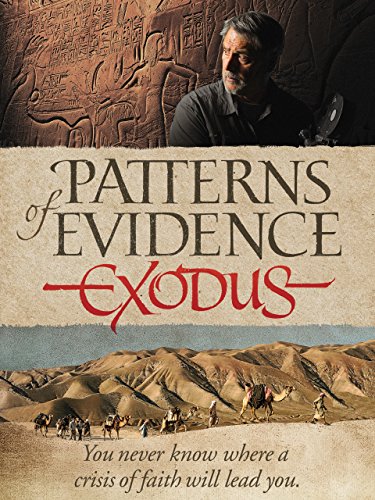 This product was mentioned in 3 comments, with an average of 0.67 upvotes

You would enjoy the below documentary, I think. It's on streaming with Amazon Prime and explores how the traditional dating of Exodus could be very wrong.

>Patterns of Evidence the Exodus

>You think it was divinely inspired, that doesn't make it true. And it >isn't "so historically accurate", there is literally zero historical >evidence of the existence of Jesus until decades after his >supposed death, and even those sources don't agree on things. >Josephus, the first person to write about Christ, isn't even >considered by historians to be entirely real (it was later added to) >and was anti-Roman propaganda (before he switched sides and >became an advisor to Vespasian).

I'm showing you proof that it is inspired. As far as historical evidence, even Richard Dawkins believes that Jesus is a historical figure. Your view that Jesus didn't exist is by far the minority view in scholarship. I think you're a victim of reading too many atheist websites instead of doing any serious research. What is your standard of historical evidence, because I guarantee that 50 percent of history would have to wiped out to meet it. It isn't like a crime scene where you can find fresh blood or fingerprints you know. As an example, no one really doubts that King Arthur existed but the earliest historical evidence we have that mentions him by name came 400 years after his death. The evidence for His life is actually very good.

>No, it doesn't. It means you have writing that later made-up >bullshit conforms to in some ways (meanwhile other parts of >Messianic Prophecy are completely absent, like reuniting the tribes >of Israel, and giving Israel back to the Jews).

We have a complete copy of the book of Isaiah which is dated before the birth of Christ, so you're not correct.

>You are using circular reasoning to claim truth. You have nothing >to back it up but your silly little book that is so historically >inaccurate we can't even use it as a reference book for history. >The book outright makes up shit like the Exodus, says people lived >for hundreds of years, and states the Jews were monotheistic >hundreds of years before they actually were. It also gets the time >of Abraham wrong by 1000+ years, so there is that too.

Have you ever seen this film?: