What is Reddit's opinion of Plugable USB Universal Fast 1A Charge-Only Adapter for Android, Apple iOS, and Windows Mobile Devices?
From 3.5 billion comments
As an Amazon Associate I earn from qualifying purchases. The following content includes affiliate links for which I may make a small commission at no extra cost to you should you make a purchase. 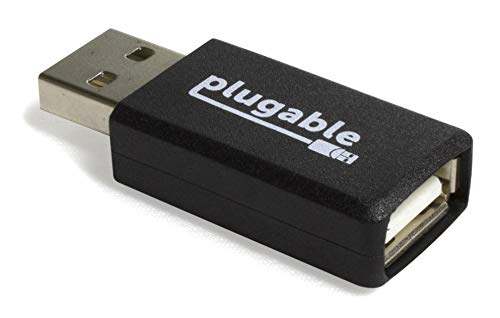 I have a gen 3 and I plug my dashcam into one of the USB ports in the center console. I use one of these adaptors and it makes it so the camera is only on and using power when the car is on. Not sure if the gen 4 has the same type of USB port though.

That’s more like the lock on a glass window than a steel plate. Use something like Plugable USB Universal Fast 1A Charge-Only Adapter for Android, Apple iOS, and Windows Mobile Devices to be safe.

There has been some discussion on this. It seems that USB power + data limits power to 0.5 A but power only connections receive 1 A.

I think people have bought charge-only cables/adapters to make this work.

I'd link the discussion but I'm on mobile and too lazy

One other point worth noting is that my 12V cig. adaptor is switched inline with the engine. I had read in a few previous threads that it was always on, but not in my case (2016 CX-5 Sports Nav UK).

I could achieve everything I want with two cables (running the 2nd cable as power only, from either 2nd USB or 12V, and 1st cable as data+power to a USB) - was just hoping for a cleaner solution not involving pulling plugs to switch.

EDIT: when you say say data only cable, did you mean power only cable? If the latter then I think that to draw 1a your cable would need to negotiate (with the phone) using an enumeration over its power and data lines to mimic a charger. Some cables I've seen claim they do this - not sure if they all do similar.

Or you could just spend $8 on a &quot;charge booster&quot; which does the exact same thing, is less ugly, you're less likely to screw it up, and you don't have to carry another cable.

I bought 3 cheapo charger cables form Amazon for my iPod and got that message. I bought one of these Pluggable USB Charger Adapters and now it charges, ymmv. Apple started doing something to test for legit cable via measuring charge current imho.

That's why I always carry this with me

that's why you use a usb condom

Hey! I can answer this!

Apple implemented some weird charging "hand shaking" that has to go on between the device and charger on all of their devices made around the time of the iPod Classic:

To get around this, I got a special adapter:

This is the "Plugable USB Universal Fast 1A Charge-Only Adapter for Android, Apple iOS, and Windows Mobile Devices" for anyone that wants to find it outside of Amazon. This dongle "fakes" that handshake and lets you use pretty much any charger you want. I got one of these when I found myself in the same position and couldn't find ANYTHING about it online specifically regarding the iPod Classic. I can vouch for this adapter to work. Hope this helps!

It doesn't pass the data lines through, only power.

I don't have one of these, but I have been thinking about picking one up. It, or something similar, should do the trick.

Should stop the data transfer.

Is this what you're talking about?

Try one of these [link]

Just bought this dude on Amazon. Less expensive than the official "USB Condom", and at $8 and Prime shipping I don't have to dick around with making it.

Huh, never heard of those! But a quick google turned up this - [link] - different brand but looks virtually identical :) I think you've cracked it!