What is reddit's opinion of Red Pill, The?
From 3.5 billion comments
Created by @mouseofleaves.
As an Amazon Associate I earn from qualifying purchases. 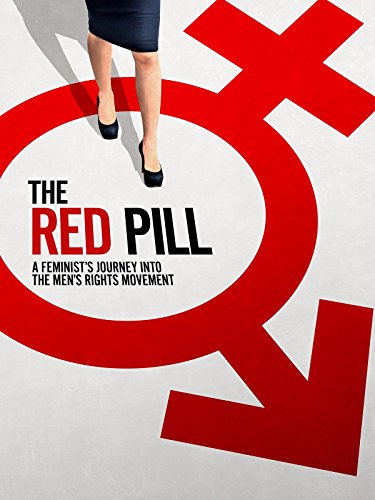 This product was mentioned in 7 comments, with an average of 3.00 upvotes

Maybe the reason for that are the new EU privacy laws? Don't be so quick to make this a conspiracy.

Btw, if you haven't watched the movie, I highly recommend it. You can watch it "for free" with Amazon Prime.

Here, watch this. its very well made and by a femenist.

My introduction to TRP was the actual movie: The Red Pill. It was on Netflix at the time (now gone), but is available on Amazon Video for a couple of bucks, or free with Prime.

It didn't convince me immediately, but certainly planted the seed, causing a few google searches, which caused more...then more. Eventually I settled on MGTOW, instead of PUA or MRA.

However (because there is always a however), I watched it while going through divorce, so I was already primed to hear the message. If your friend is still blue pill, most of what you share will bounce off him. If he's experiencing some trouble, this might sink in.

A KEY thing for me, since I was deeply blue pilled, was that TRP message was delivered by a female. If a man hit me with it, I would have ignored. BECAUSE the movie is about a feminist converted, I listened.

When you talk about this topic, do not make it about "correcting him". Try something like "Dude, I came across this thing...have you heard of that before?" And leave it at that. Morpheus didn't drop it on Neo until after Neo discovered a few things on his own first.

I think /u/goodmod should be banished from this board for deciding to "sticky" shit posts like this one.

Want to test a feminist's beliefs? Have her watch The Red Pill for free with Amazon Prime.

If, at the end of watching it she cannot see how Cassie had a change of heart then she will never, ever, "get" this board.

No, it is the FUNDAMENTAL issue.

> if a well-intentioned feminist didn't believe that feminism meant "equality for women", then they would be contradicting themself.

So, and I am literally taking OP's words at face value, if a feminist doesn't believe that women should be required to sign up for the Selective Service (in the US) then she is contradicting herself.

/u/DignafiedAlpaca is showing herself to be a false flag operative nudging us towards "why can't we all just get along" (and be a little more like women)? Fuck that.

You can watch her excellent documentary "for free" on Amazon prime

People from that crowd are just hypocrites, liars and opportunists. They wouldn't hesitate to bully a person to his death just to claim victimhood..

IMHO, this first-world feminism we have currently is a scam and a billion dollar business. They don't want equality. They want special privilege. If you haven't, I recommend the red pill documentary directed by former feminist.

It is fantastic, and streaming free on Amazon Prime, if you have that. It was directed by Cassie Jaye, a (former) feminist, who set out to make a documentary exposing the misogyny of the Men's Rights Movement. Because she had the courage to listen and learn, what the film instead became is a documentary about the Men's Rights Movement and Cassie's own journey deprogramming herself and learning to see gender problems more holistically.