What is Reddit's opinion of REESE'S Chocolate Candy, Sugar Free Peanut Butter Cup Miniatures, 3 Ounce Bag (Pack of 12)?
From 3.5 billion comments
As an Amazon Associate I earn from qualifying purchases. The following content includes affiliate links for which I may make a small commission at no extra cost to you should you make a purchase. 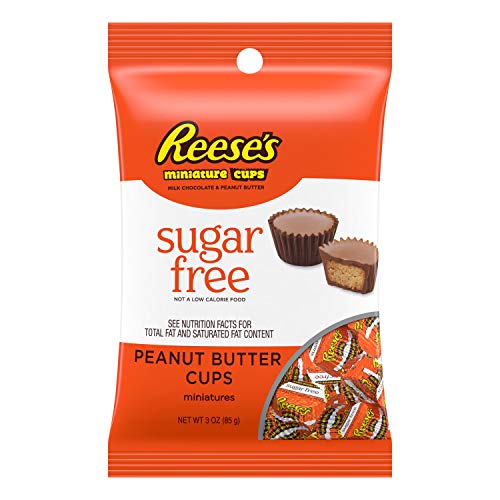 I'm shocked after 3 weeks you're even craving those foods; usually for me after about 5 days into keto I lose all interest in sugary/carb-heavy meals. If you're hungry, eat some bacon! :P

Also most people won't condone it, (especially considering the sugar free stuff is just entirely chemicals) but for me sugar alcohol in small amounts doesn't knock me out of keto. I don't have much of a sweet tooth, but every other night I might have one or two of these. However you have to be very careful with sugar alcohol, for some people too much can knock you out of ketosis. (It can also be a slippery slope for some people-- they eat way too many thinking that 'they're sugar free, who cares') Sugar alcohols basically aren't processed by the body so it goes right through you; if you do eat them, limit your intake unless you want to spend the day in the bathroom. I only bring it up as the sugar free stuff can be nice to curb some impulses every now and then, but really I just try to stick to keto friendly snacks.