What is reddit's opinion of Rick & Morty: Season 1 [Blu-ray]?
From 3.5 billion comments
Created by @mouseofleaves.
As an Amazon Associate I earn from qualifying purchases. 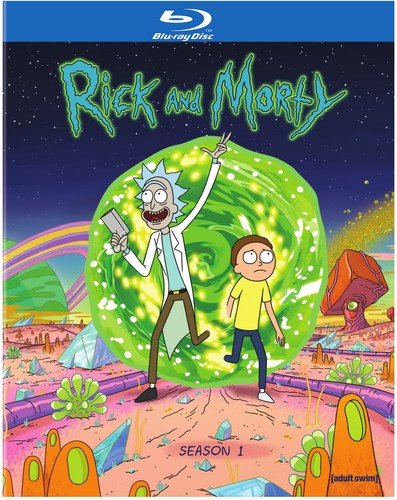 This product was mentioned in 12 comments, with an average of 2.25 upvotes

People linking pirated copies of this show.. please even if its your first viewing, Purchase it! it's worth your money and you would only be funding the future of this amazing show show. For the Lazy -> [link]

Whatever you do, do NOT watch it on YouTube. Uploaders there have sped up or cropped the episodes to get around copyright issues, so it absolutely ruins the voices and comedic timing of everything.

Here's where I bought the bluray of the entire first season. It's cheap and you won't regret it.

You could always purchase it and support it. They got it on itunes or the Google Store, or even Amazon.

It's worth the 14 dollars it costs. I've watched the show like 15 times all the way through since getting it.

Buy the Blu-ray when you are done. This show deserves all support it can get.

As far as I can tell it wasn't released here and you have to import it sadly... it's not even on iTunes.

I want to get the Bluray cuz of the hi-def. Does it all have the commentary? Looking at this right now: [link]

I didn't even realize it was a leak before I watched it, unfortunately... my first thought was 'Oh, that's cool, their site is compatable with RES' :(.

I'll make sure to actually buy the seasons from them to make up for it, but I doubt there are many who would do that.

I hate how so much of reddit claims to be pro-piracy because they hate the way that studios make it difficult to access its product, and yet is willing to pirate things even when it hurts the cause.

I remember people refusing to watch Legend of Korra on Nickelodeon's site because they didn't want to give Nickelodeon any money after they decided the show wasn't worth airing because it wasn't making them enough money. Yeah, real smart thinking there. I bet it'll make not making money from the show would really make Nickelodeon re-think their position on the show.

I remember when there was a lot of excitement about The Interview getting a digital-only release, and then it became the most-pirated movie and completely bombed in actual sales. People justified it by saying it sucked (and yeah, it was okay at best), and completely ignored that now the movie industry looks at that example and sees initial digital releases of films as a way to get their movie pirated first thing and make absolutely no money. Way to set the cause back by an entire decade, guys.

And now this -- a group of animators always make their content available for free digitally on a site with ads, and yet we see people who realize it's a pirated version defending the choice to spread the pirated version.

I think it's time for people to stop pretending that they're pirating because they want things to change in Hollywood. That's bullshit.

EDIT: If you want to actually support them, you can Watch the show on their site and Buy it on Amazon

Yes thank you, I'm aware.. I could also buy their dvd and get more content for less, but thanks.

Rick & Morty blu-ray is currently on sale for $15 through amazon (everywhere else is $25). Currently back-ordered, but will ship when it gets restocked.