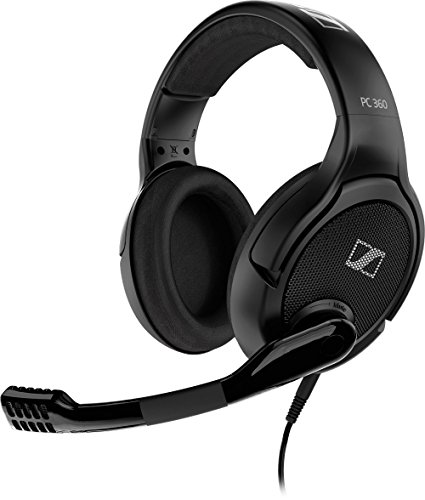 This product was mentioned in 20 comments, with an average of 1.00 upvotes

Headsets are for a different audience

Headsets are nearly all from a "gamer" brand and have no focus on audio quality. It stems from the Xbox 360, and the entire existence of headsets is really the fault of the 360, as they had to make specific headsets to function on 360 due to its weird mic system, and this eventually spawned into PC offshoots to where we are today with loads of crappy "gamer" headsets, and then all the original far better regular headphones from proper audio companies.

Of course Sennheiser and other real audio companies do make headsets, but even then, they don't offer any/ almost any open backed models, and they're usually overpriced.

Indeed pretty much. There are actually a couple around that I forgot even existed, but they are few and far between, and NONE of the ones listed are.

There are some headphones with inline mics but they're not really suitable to PC.

You're far better off with separate headphones and a mic, headsets really aren't intended for PC, the only reason they exist is marketing.

I just noticed that the Sennheiser PC360 is $130 nowadays. Drop everything else and grab one. Neutral sound, good positioning, decent soundstage, good comfort – on par with HD598 for those who are familiar with it. Basically you could say that the PC360 is the headset version of the HD5xx line. Not as good as HD598, but not much worse either.

You think these are good [link] or you suggest the game ones? And then obviously the astro mixamp pro tr

Thanks for your input :) I'm gonna order them and give them a try with onboard audio (MSI Gaming 5 Z97) - should be fine to drive those headphones. I may pick up a the E10K eventually though, even if it's for the convenience of the volume dial.

I'm assuming you have these headphones?

Sennheiser all the way if you value quality over brightly colored plastic.

At your price point I'd recommend these

I was considering buying the hyperx Cloud until I found out about this Deal. Whats holding me back is the 40 euro they'd cost more for me and often reported durability issues of the 360s mic from the reviews. Another point is that im probably better off with separate mic and headphones for 100 bucks but im not sure if thats the case for the hyperx cloud too.

Im by no means audiophile (yet), so Im mostly looking for build quality in terms of durability and wearing comfort since Im wearing glasses and seeming to have a big head. At least my current 230 (which I wouldnt buy again) had a very high clamping force to my head.

I'd really appreciate if someone could help me decide if its worth the 40 euro extra :)

I've always been pretty happy with stereo surround when wearing headphones, and I'm a bit wary of investing in audio tech after buying the hype of soundcards and EAX back in the 2000s, especially since codecs and standards were changing rapidly back then.

That said, I'm always open to new things. Can you tell me what I'm missing out on compared to, say, my PC360 or ATH-M50 headsets? Granted, they're a bit old at this point, so they may be due for replacement regardless. I'm just timid when it comes to marketing hype around virtual audio processing.

Would this work for gaming? I have my sound up load so I can hear enemy footsteps (I wear a headset like these [link] )

If you need a good headset, I would recommend this one for its decent sound quality and ergonomics.

The problem with headsets w/microphone is that you either spend $200+ or you have to decide for good speaker or good microphone. Not saying they all suck but having both connected on the same device definitely sacrifices some quality as opposed to headphones and separate mic.

But here are two options:

Sennheiser 360 - You will always have good speakers with Sennheiser but their mic is not the best. People will hear you of course but it may be a bit too quiet or it may not have the best clarity in the world.

Turtle Beach - Elite Pro Tournament - Turtle Beach is a good middle. Not the best speakers for this price but the mic is descent. The mic will always be just ok with headsets, nothing like an actual desk/hanging mic. But if you want your mic to be a good one and you can sacrifice a bit of speaker quality then this would be the way to go, although a little over your budget

[link] this is better then both.

This should do just fine.

My friends seem to like this, sounds good in mumble. Also mute by moving the mic up.

I've got these that I could do for $70 local if you are in the Chicago area?

Okay thanks, what about this variant?Is it the same but with a microphone. (It's cheaper)

No. You can get way better. These just went on sale. [link]