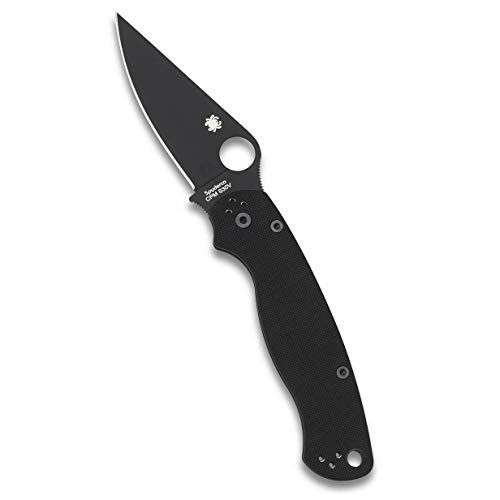 This product was mentioned in 5 comments, with an average of 1.80 upvotes

Yeah, that definitely reduces the risk (don't agree about Amazon though if you buy directly from the company, like in this case).

Anyway, I heard there is a new trick scammers use - they order an original knife, swap it with a clone and return it for a refund (which will be later sold to another customer as a new knife).

Can slip even with big retailers, so need to be careful and check either way.

The problem as I see it is that scammers buy fake Spydercos, then order genuine ones from Amazon (but also from other knife stores) and do the switcheroo (return the fake instead of the genuine knife).

It can slip through even with large knife retailers, so you need to be alert no matter where you buy it from.

If you order one directly from Amazon (like in this case) - you should be fine as long as you check it thoroughly that it isn't fake and even if it is - you could send it back without a hustle.

How to tell if the PM2 is a fake one (without disassembly):

If you get the chance to disassemble the knife, the biggest tell is the Spyderco's bushing system vs just a regular pivot on the fake.

If someone else needs a second opinion to determine if their knife is fake - shoot me a PM or even better post in my sub (r/chineseknives).

Well check that out. Why is the price significantly cheaper than the spyderco website?

That sells and ships from amazon.com, would you get that?

Haha, awesome! Where do you recommend getting one? Is this alright?

I recently bought a PM2 from Amazon. One thing I noticed was multiple listings for it and at different prices.

I got the all black. [link]

Pretty sure mine is legit and I will compare g10 scales tonight.