What is reddit's opinion of StarSide Adjustable Smart Clip for Sony PS3 Dual Shock 3 Game Holder for Smart Phone Galaxy Series Game Player Accessories?
From 3.5 billion comments
As an Amazon Associate I earn from qualifying purchases. The following content includes affiliate links for which I may make a small commission at no extra cost to you should you make a purchase. 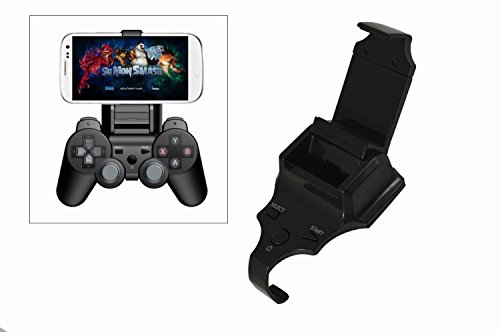 I like this thread. There's not a lot of in-depth discussion on reddit for which I consider to be the holy grail of gaming - portable 16-bit emulation. I grew up playing the Genesis and SNES, and being able to play those games on a portable device has always been an interest of mine.

Some other non-phone devices that come up in discussion:

Since my interest lies with games that are difficult and rely on a good D-pad, anything less than a Nintendo-style cross D-pad is a risk. The D-pad on the Xbox 360 controller is one of the worst ever made. This rules out of a lot of the controllers out there.

Controllers I have experience with:

With regards to recommended emulators, ideally I'd love to use a single open-source multi-emulator like Retrorarch, but it's just too buggy (especially the controller support) to use. So you'll need a separate emulator per system. I mainly play SNES, so I can very much recommend SuperRetro16. It has a good interface and good controller support (it's easy to switch between my Sixaxis and the Buffalo controller).

My 6P works great with the PS3 Sixaxis, this mount and the official USB OTG cable.