What is reddit's opinion of The Expanse - Season 2?
From 3.5 billion comments
Created by @mouseofleaves.
As an Amazon Associate I earn from qualifying purchases. 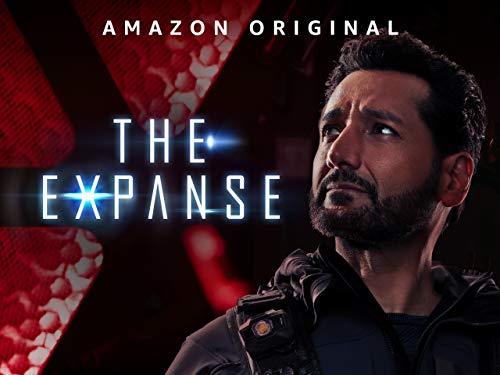 This product was mentioned in 8 comments, with an average of 2.50 upvotes

Dude, please don't steal...support the show so we get more content like this in the future. You can buy a season pass from Amazon, and you get the episodes as they are released. Link I'm going to buy the next season myself some time soon.

>SyFy doesn't get any money from Netflix, Amazon...

SyFy is, right or wrongly known for 'Sharknado' and that sort of shite TV. I long ago gave up on them.

Let's break this down.

Again none of this takes into account how much the world has changed since FarScape was canceled. Game of Thrones and other shows would have NEVER survived 15 years ago.. hell they would never have been made or given the opportunity.

In US it is in Amazon, Google Play, iTunes, Microsoft Store, Vudu and others.

Very different to UK (and other non-US/CA/NZ countries) where it is not available at all.

Purchase them on Amazon Prime?

Google Playstore has it also

Let's check the length (in minutes) listed for the S2 premiere on these platforms:

Amazon (where I initially bought the S2 premiere that suffered from the mentioned omissions) shows a length of 43 minutes for that episode. ... I see the same length listed at the Microsoft Store too.

The same S2 premiere on an iTunes store web page shows a length of 46 minutes (46:28 to be precise), and Vudu (where I repurchased the S2 premiere and the rest of the season) also shows 46, which is correct for the complete version of that episode.

I'm not seeing the length listed at Google Play, so I'm not entirely sure if they have the complete 46-minute version. I hope they do, but I'm not going to spend money to buy the episode there just to check and make sure. If you choose to buy from there, then you can check.

Wherever you choose to buy S2, you can "test the water" by initially buying the S2 premiere episode alone, and check it for completeness. As noted above, the actual length should be 46:28 or nearly so. Watch for when the musical "theme" comes on (it starts at about 03:47 in that episode). It should be much longer than the 10-second truncated version. Later in the episode, after about 30:37 you should see the scene that I mentioned. If it is there, the episode is probably entirely complete.

Having verified that your purchased S2 premiere episode is complete, you can then proceed to buy the rest of the season, on the assumption that all the rest of the episodes should likewise be complete.

(At that point you should be able to avoid "paying twice" for the S2 premiere episode. Each of the mentioned platforms should offer an option to "complete" the season, with a discount applied to account for the money you already paid for the individual episode.)