What is reddit's opinion of The Expanse, Season 3?
From 3.5 billion comments
As an Amazon Associate I earn from qualifying purchases. The following content includes affiliate links for which I may make a small commission at no extra cost to you should you make a purchase. 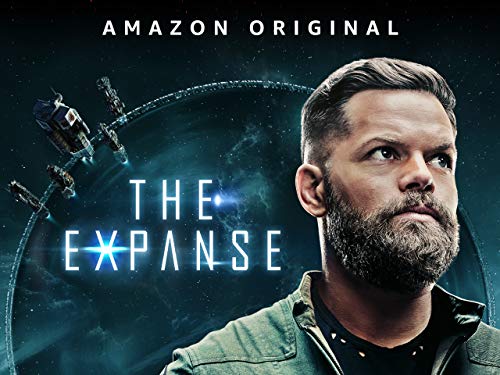 This product was mentioned in 8 comments, with an average of 2.25 upvotes

Current US Amazon prices (same as iTunes etc.) are here:

(If you buy any episodes individually, an appropriate discount
should be credited if you later decide to purchase the season.)

For sure! Amazon $23 for SD version. Totally worth it. Thanks for supporting the show! Let's hope its enough for season 4+!

Edit: People. Amazon sells both HD and SD versions, sheesh. Click the link and use your eyes before you complain.

If you want to wait, I suspect that it might move to Prime so it's free for Prime users at the end of September. That's what Netflix loses it overseas, so many of us are speculating that that is when Amazon get's the rights.

My understanding is as follows. (I'm literally half-asleep right now, but I'm sure someone will correct any errors or omissions here.)

Currently, in the U.S., the third season remains available for purchase from Amazon.com (and other U.S. outlets e.g. iTunes, Google Play, Vudu, and the Microsoft store). — [Edit: Also in Canada from iTunes and Google Play, if I'm not mistaken.]

I'm not aware of any announcements about future availability to Prime members in various countries outside the U.S. — (Some recent reply-tweets from Prime Video support accounts have said they don't yet have any information to announce about that.)

For viewers outside the U.S., one current option for viewing Season 3 is to purchase the U.S. Blu-rays. According to some reports by users and a third-party reference source, those Blu-rays are region-free (even though Amazon lists them as Region A/1).

Go on amazon.com and buy Season 3 with a season pass
[link]

Also buy the blu-ray:
[link]
(and for S1-S2 if you want).
(the S3 bluray is currently one of the top-20 most popular products on Amazon as a result of this)

WATCH the episodes on Amazon as soon as they come out.

Do you have Twitter? If not get twitter and make sure your account is public (is by default). Tweet @JeffBezos, @AmazonStudios, @Netflix, and other people as mentioned in the megathread. Use hashtag #SaveTheExpanse. Follow the cast and crew. Retweet stuff with #SaveTheExpanse. Do this a lot- more the hashtag is used the better.

Buzz about it on social media. Get your friends to sign the petition and do the above actions.

If the fans want to make a big impact, they should buy the seasons (if they can). At Amazon or any of their preferred vendors.

People on reddit love to say "speak with your wallet" when trying to hurt a product for one reason or another, but it applies the other way around too.

Season 3 available for US. If you live there let me know!

Amazon's pricing has now been corrected.