What is Reddit's opinion of The Legend of Korra Book 4?
From 3.5 billion comments
As an Amazon Associate I earn from qualifying purchases. The following content includes affiliate links for which I may make a small commission at no extra cost to you should you make a purchase. 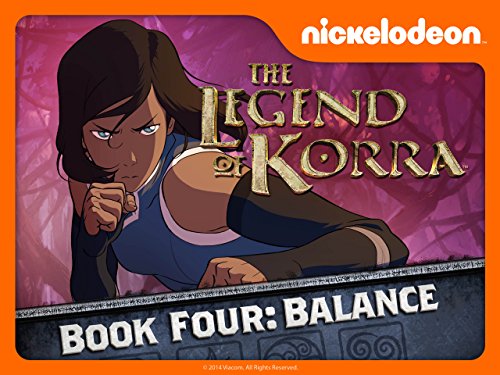 I suggest you read this thouroughly to get the best understanding.

Unfortunately you've missed lots. Nickelodeon screwed up the show, and 4 episodes of Book 3 were leaked by Nick's Spanish branch MundoNick, so they were forced to rush advertisements, rush the leaked episodes, and after episode 8, they moved it online. It's said that the show was moved to online because the ratings were horrifically low, but fans speculate otherwise( poor ads, friday-night-deathslot, show has become too dark to be on TV etc...).

After all of Book 3 was finished, Nickelodeon instantly announced Book 4 was due to air only 3 weeks from then, so around early Oct. Since then Book 4 has also been airing online, and it was only until a week or so ago that Nicktoons has decided to air Book 4 on TV, but the regularly, up-to-date release is online every Friday morning.

Now I know you're feeling overwhelmed, so if you really want to catch up, watch the episodes on Nick, Amazon, Itunes Store, or Google Play.

Unfortunately at the moment, external sites like Animehaven and a fan-made site dedicated to Korra called KorraSpirit (which neither of I can link here, due to rules about external sites),which have ALL the episodes from Book 3 and upload Book 4 within hours of release, are your best bet. Nick only has Book 4 up, but if you want to pay (which supports the creators) use the non-external ones I listed.

Sorry about it all, if you've been part of this sub and most of the online fandom,you'd know how much LOK and the creators have had to endure. If anyones got other info just add it.