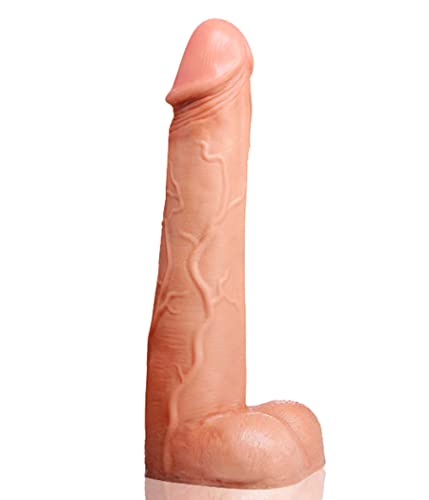 May I present the moby?

I’m definitely breaking out the moby for a huge cunt like that.

Edit: since apparently people like this, and y’all nasty, I’ll link the amazon page. Check out the Q&amp;A

That's 91.44 cm and 22.6 kilos of rubber cock for those that prefer their cock measurements in more scientific measurements.

My personal bits, being a cave troll in the Garg-Narg tribe of Eastern Sventalia, are a very specific set of dimensions. The example picture is slightly misleading. This, I came to find out the hard way while attempting a squat on the item. The Model used in the photo as a size comparison has no hight measurements presented, or dimensions of any kind when it comes down to it. I feel overlooked as a customer and as a cave troll because judging the size of a human female is something I am not very accustomed to in this format. If a Gnargel gender cave troll was presented in the picture I would have been able to judge this product's suitability for mine and my tribemates use. This being said 4 stars is the best I can rate this product and my experience with the company in general. When I contacted customer support telling them I expected different dimensions and didn't understand the units of measure and lack thereof due to being a cave troll as opposed to human, I was quickly hung up on multiple times and eventually the company stopped answering any call from my phone. This aside I used a little bit of wattle and daub to increase the size a little bit, making use of some of the goat dung I had been collecting from the nearby fields I frequently find my lunch at on Tuesdays and Wednesdays. I don't know what I would have done if found without this. Consider all who order warned. However, this is much softer and more comfortable than the wooden model I had been using since my Northern Sventalia University days. overall worth the purchase. I hope this is helpfull.

First of all, don't be ashamed, you are not alone. Millions of Americans have trouble stimulating their loved one sexually everyday, so before you throw in the towel (pun intended), I recommend you give this bad boy a chance. It's also available in black.

May your day be long and fruitful, I hope this helped.

Yeah, wrapped around this - https://www.amazon.com/Moby-Worlds-Largest-Retail-Dildo/dp/B00MOTE1Y6

Fella, if your dick is not this size, don't even bother, it's over.

Don’t get your hopes up, it’s quite pricey. Here it is, don’t ask how I know.

Relevant and NSFW as hell

Will this one do, or do you want something larger?

Warning: This is NSFW and will potentially ruin your amazon recommended feed

That's a clever but expensive prank.

No, has many uses

Clearly this guy hasn’t seen Moby Huge, yours for only $558.

who are you to tell me what I actually need?

That's some devotion, a Moby Huge is currently $586 on Amazon.

That being said, I hadn't really looked closely at the object, but upon closer inspection, at your behest, =), it is clearly a plug, you can see it sitting on his desk in image 2-5. He is even holding it in image 5.

It's definitely a JV butt plug. Not the smallest one I've ever seen, but he's acting like he's taking NSFW The Moby NSFW

EDIT: Fun fact, I have always been really lazy about Reddit and hyperlinks. I have always just copy/pasted the entire address from the internet browser address bar and posted it in full. I was even too lazy to know how to do it on Reddit, but because that would have made the joke less funny, I looked up the Reddit guide to formatting,

and learned how to and create text that functions as an HTML link, all in the name of comedy.

Yee gotchu i found this one on amazon

This is the limit and the final goal the Moby huge

“hey daddy, can you get me The Moby?”

I thought you were gonna post a link of this: https://www.amazon.com/Moby-Worlds-Largest-Retail-Dildo/dp/B00MOTE1Y6?th=1&amp;psc=1

(Also an amazon page, but you probably don't wanna view it in public)

team lifted a black one of these

You mean The Moby

When does the Moby huge get involved? Before or after the cream?

Buy her a 3 foot dick https://www.amazon.co.uk/Flesh-Moby-Foot-Super-Dildo/dp/B00MOTE1Y6

so I did some research nsfw Amazon

Ask and you shall recieve:

I love linking this thing....

Gotta put this in the corner https://www.amazon.com/dp/B00MOTE1Y6/ref=twister_B01MSMQ4ML?th=1

$624.75 and your first response was hilarious

Oh it's not cheap

You can get yours from here

I think it’s this thing https://www.amazon.ca/dp/B00MOTE1Y6

This one is probably family size

Here ya go everybody

Just use one of these on her. She will never forget it.

cheaper than any sexbot.

Cut off his dick,cut open a hole big enough to fit this and fck him silly.

Prep a chair with a hole in the center. Place this in the hole.

Remove clothing from lower body; place these on hands.

Drop self onto chair rectum first and sharply strike self in eyes. Repeat until unconscious.

Dont worry got you covered

Omg that reminds me of these reviews in Amazon... They're hilarious Moby-Worlds-Largest-Retail-Dildo

idk if this is the exact one but its 3 feet and its called “the moby.” its currently unavailable tho. https://www.amazon.com/Moby-Worlds-Largest-Retail-Dildo/dp/B00MOTE1Y6?th=1&amp;psc=1

Guess you haven’t heard of the “Moby Huge”)

Here is a campaign donation you can ship right there!

Hope this helpsmoby on Amazon

Here’s the biggest one on Amazon.

My introduction to depth play lists a bunch of really long sex toys. They're not thick, though.

Which is more important to you, length or girth? If you want to go to the extremes, you can't really have both.

I realize you're only looking for a gag gift, but I feel obliged to mention that toy is made of PVC, which is one of the worst materials sex toys can be made of. For any toys you actually plan to use, stick with body-safe, non-porous materials.

Even if you don't use it, PVC toys are liable to stink. I shiver to imagine the kind of stench a PVC toy that big could carry. Not all PVC stinks, but if it does, it could be really bad.

Also, buying sex toys from Amazon, Ebay, or Aliexpress is a bad idea. They routinely lie in their listings and there's an unacceptably high chance you'll receive a knockoff made of an unsafe material. Best to stick with reputable sex shops.

Seems like i peeked your interest so heres the link:

As far as I'm concerned Pai is going to be receiving one of these in his ass by the end of 2019...

I’m getting hard all over again. Time to lube up old Moby and pretend I’m Superman.

Me, you & Moby are going to have the finest of times...

You should throw in a lil somethin' extra on that order. Go big or go home, right?

I thought this would make an excellent weapon, but I'm probably too weak to pick it up and wack someone with it -

Then there's this monster: https://www.amazon.com/Moby-Worlds-Largest-Retail-Dildo/dp/B00MOTE1Y6?th=1

And if someone has the ability to use that, they're not human.

We leave behind between 12 and 24 million of these* bad boys apparently.

Of course, totally agree with you.

Personally I hate pretty much this whole kind of post and this kind of thread because it's just causing meaningless divides between people. I own a phone, a PC, a switch, and my brother has a PS4, and I've tried some of my friends Xboxes. Everything has had it's purpose/place in time and each thing was enjoyable to use then. Plus, with the next gen consoles coming up, they will be even close to PC's than ever, and the same can be said for mobile chipset advancements as the years go by. I don't see the point in this senseless argument of which is better, they're all unique while all getting more like each other internally as the years go by anyways.

Micro transactions can go fuck themselves with a bunch of these though.

When she owns one of these

Sometimes I hate my curiosity...

~$550 for those that dont want to click the link. Original price was ~1000. Thought it would be a nice prank, but that would be an expensive prank. 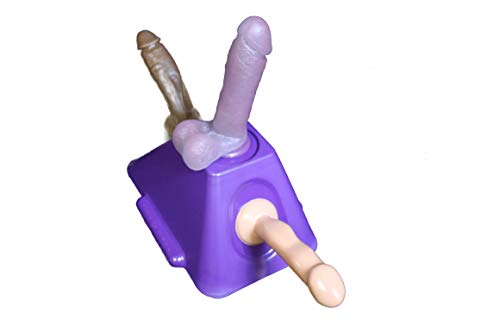 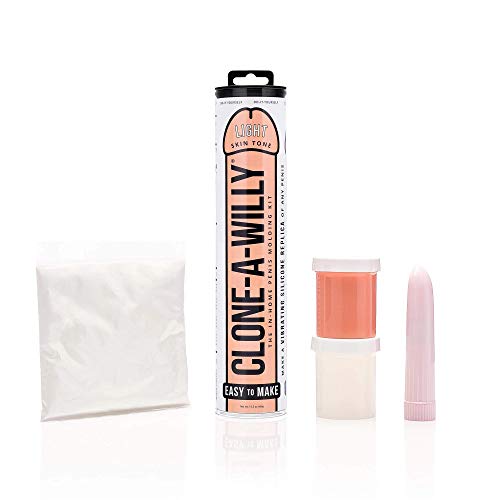 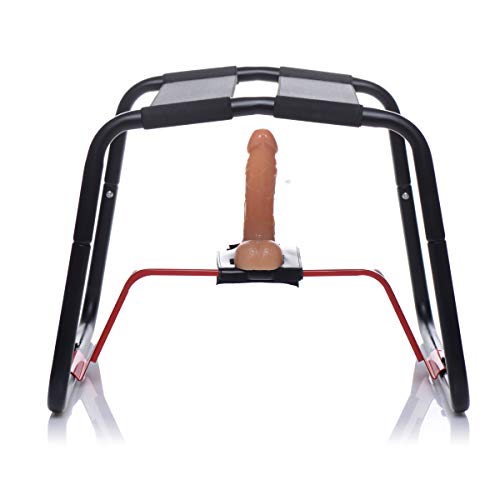 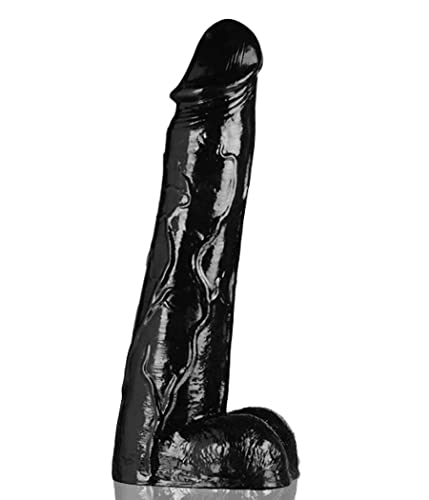