What is reddit's opinion of The Red Pill?
From 3.5 billion comments
As an Amazon Associate I earn from qualifying purchases. The following content includes affiliate links for which I may make a small commission at no extra cost to you should you make a purchase. 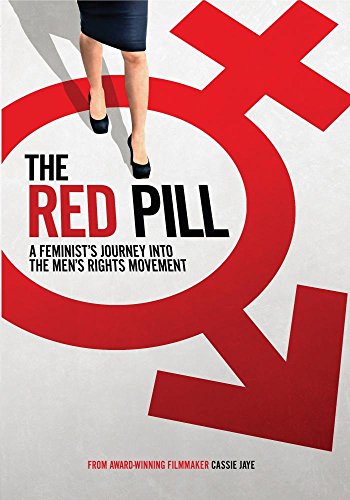 This product was mentioned in 12 comments, with an average of 3.00 upvotes

That sounds dodgy. The DVD of Amazon is all region. and it looks like they ship to New Zealand, so I'm not sure why not Australia.

Should be on Netflix soon.

You can preorder on amazon

Keep an eye on [link] for developing options.

Damn fine film. Currently sold-out on Amazon in both DVD and Blu-Ray formats. Here's hoping they're spooling up some more production capacity to meet the demand!

It's got 39 reviews on Amazon.

>For starters the redpill movie was banned in Australia

Also you need to actually get your facts right. The redpill movie wasn't banned in AU. It wasn't aired there is a difference. Basically the platform cancelled it. Its but not illegal to possess it or anything like that. So its not by defination censored or against the law to share have it or share it.

Go buy yourself a copy on amazon https://www.amazon.co.uk/RED-PILL-DVD/dp/B01LTI1PCI

Or watch it on amazon prime, netflix also hosts it. You sure this is the best example you can find of censor ship? Cause your claims sure isn't "holding" up to any basic scrutiny.

This sort of stuff happens all the time with cinemas https://www.looper.com/85916/controversial-scenes-book-cut-movie/

Books are a product. Just like all stores don't ship all people's products. They have to make a selection for their customer based on what people want and don't want. Just because they don't select a book doesn't mean its censored.

Yes. Its their platform. They are trying to make money out of it. It isn't a broadcast station for anyone to be able ot put anything they want on it. Like I have also mentioned there is narrative coming out which is dis-information from the redpill zones that if I owned a platform I would not air because its incorrect information mis-leading and generally bad. That again isn't censorship or a breah of freedom of speech like people often claim it is.

The thing about contraversial subjects is people don't want to advertisie on them of have brands associated with them. Youtube you see isn't a simple media source. Its a advertising platform where the users are the product and when you have high volumne traffic given no return you kick the users off. They do have a business to run.

| On top of my head parlor was banned by AWS

Yes. It did also contain a fair amount of illegal content and broke AWS T&C's. AWS also have to play by by underlaying rules of other networks on the internet as well.

| Several books are banned by Amazon. com (80% of the book sales market share)

They also removed multiple other books eg https://www.businessinsider.com/banned-books?r=US&amp;IR=T#a-day-in-the-life-of-marlon-bundoby-jill-twiss-illustrated-by-eg-keller-3 One of thoose happens to be a children picture book about a boy bunny who likes another boy bunny just as an example

| Professor loosing tenure because of opinions.

I am aware of some of these. I would agree with you some of these are more serious. Particularlly the Eton incident in the UK. Which is being resolved one way or another by the parent of the pupils and the school its self.

However. Have any of these also been though court for some form of unfair dismissal claim yet? Have they challanged the university in any way shape or form? What was the outcome of these events?

Oh look at evergreen for example

Half a million payout when it went to court. Seems the system is actually "working" but i guess you also ignored something like this?

You mentioned Twitter. 36 Million people in the US use twitter. Its not mainstream at all. Its 10% of the US population and a fiarly large portion of that don't involve themselves in this subject area. Also its a platform.... run by a company and when you have particularlly problematic users you kick them. Its just how it works when you run internet services companies. The "left" also fall into this category of mis-balanced information where they take a fraction of that 10% and then treat it as public opinion because the people on twitter said so. Turns out extremists are "extreme" because they have an unbalanced view point of a minoirty which they often think is much larger than what it actually is. Or in other words a completly screwed and skewed perspection on the world.

Back in 2013, I remember hearing that argument about a film maker ...... So nice that those throwing about personalised conjecture as fact have been proved so wrong!

Do look it up, it's called "The Red Pill" by Cassie Jaye - and I've been told that the global distributor is Damascene Conversions Inc.

If you missed the opportunity to back the film and get rewards including a copy of the film, you can always pre-order the DVD $19.99 or BluRay $24.99 on Amazon. P¬))

Well if you are so poor at looking up net content here's a easy read to overcome your inability to navigate a mouse.

Now you can be bored and still get to see it!