What is reddit's opinion of The Russian Woodpecker?
From 3.5 billion comments
Created by @mouseofleaves.
As an Amazon Associate I earn from qualifying purchases. 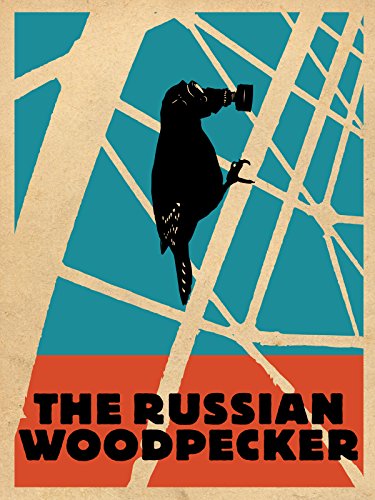 This product was mentioned in 5 comments, with an average of 4.00 upvotes

I had a lot of fun recently watching a documentary called The Russian Woodpecker on Amazon.

>Thrilling investigation into the ghosts of the Soviet Union and the mind of a Ukrainian artist on a quest to discover the 'criminal' behind the Chernobyl nuclear disaster. Unforgettably eccentric artist Fedor Alexandrovich begins his quest by revealing to the world an enormous secret Soviet weapon that stands in the shadow of Chernobyl, but what Fedor discovers is much more sinister.

I pretty much dig any Russian themed docs though, that place really intrigues me. Here's a link to The Russian Woodpecker I also enjoyed City 40 on Netflix but I can't find a link to it. It's about a secret city (one of many) in Russia. Pretty crazy.

Yup. There's a fantastic Documentary about it (among other things).

It's free on Amazon with Prime.

Here is a documentary called Russian Woodpecker, named after the radio signal allegedly generated by the DUGA 3.

The documentary argues that Charnobyl was actually destroyed on purpose by Russian bureaucrats to cover up the fact that they wasted huge financial resources on a weapon system that did not work. It includes interviews with with the commander of the Duga, Vladimir Musiets and others involved in the operations of the project. It is surprisingly compelling and has beautiful aerial footage of the DUGA.

You can check out the trailer here:

The documentary is available on Amazon Prime:

You can also watch the whole thing online here:

Just got finished watching this DVD from Netflix. Fascinating story that the Chernobyl disaster might have been a cover-up to hide the failure of the Duga-3 Array "Russian Woodpecker" a.k.a. Brain Scorcher.

>You are the one trying to defend a physics-breaking theory.

No. I asked you to quote and cite articles specifying the distance of directed energy weapons. You didn't.

Thanks for informing me Russia constructed new Woodpeckers. Today, I researched the new Woodpeckers and submitted a post. The maximum distance is 3,000 km. 144 antenna masts carry the radar. 3,000 km from any of the antenneas?

I have neither. I am a mod of several subs. I research and submit posts in the subs I mod.

They are military and their defense contractors.

>The distance could be anything you want

>APG79 has a peak output of 20 kW (one of the most powerful mobile radar systems to date),

Adequate for brain zapping while sleeping which is performed at low wattage. See the brain zapping: EEG wiki in /r/electromagnetics. Also adequate for remote neural monitoring.

>We already covered the lack of established scientific criteria for people claiming sensitivity in the first comments of this chain.

False. We both debated in general. You didn't refute any of the papers I cited whereas, I refuted the 2005 article by WHO that you cited.

>Actual acute damage from EM equipment are burns and related effects from diathermy.

False. There are other thermal effects as well as nonthermal effects. See the hundreds of papers in the wiki index of /r/electromagnetics.

>The CDC has loads of data on RF/EMF/ELF health concerns.

None of which the CDC researched or wrote themselves. CDC redirected to The National Institute for Occupational Safety and Health (NIOSH).

NIOSH didn't research or write anything on the health effects of EMF. NIOSH merely referred references researched and written by other organizations. Most of the references are very old. Had NIOSH's references, you would not have cited NIOSH as a source. NIOSH referred an article by National Institute of Environmental Health Sciences:

>On May 27, 2016, NTP released a report, " Report of Partial Findings From the National Toxicology Program Carcinogenesis Studies of Cell Phone Radiofrequency Radiation in Hsd: Sprague Dawley SD Rats (Whole Body Exposure)," on some important study findings. NTP found low incidences of tumors in the brains and hearts of male rats, but not in female rats.

>In addition to the NTP studies, the NIEHS funded researchers at the University of California, Los Angeles, to study whether exposure to cell phones in childhood can affect the nervous system.

University of California has not published their paper yet.

>OSHA has strict protocols on what constitutes safe levels.

Thanks. I submitted your link to /r/electromagnetics. OSHA wouldn't have safety standards for nonionizing radiation if it were not harmful.

>I don't believe any licensed medical practitioner has diagnosed you with a made-up syndrome that lacks a medical code, let alone has a treatment regimen established.

>Your claims that the original Duga radar caused any sort of nuclear accident are so laughably against the historical record that I almost want to hear what logical leaps of faith it takes to create (but seriously, this rabbit hole is deep enough).

Typically, I back up everything I write with sources but I didn't have time to.